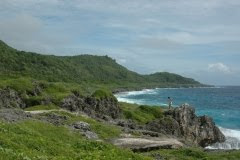 Embassy of the United States - Japan

On Sept. 14, 2010 in Tokyo, Ambassador Extraordinary and Plenipotentiary of the United States of America John V. Roos and Japanese Foreign Minister Katsuya Okada exchanged Notes pertaining to the transfer of funds provided by the Government of Japan to the United States Government in accordance with the Agreement on the Relocation of United States Marine Corps from Okinawa to Guam, signed between Secretary of State Clinton and Foreign Minster Nakasone on Feb. 17, 2009.

Based on the exchanged Notes, the Government of Japan will provide $497.8 million to the United States Government during FY2010 to be used for projects to develop facilities and infrastructure on Guam for the relocation of 8,000 U.S. Marines and their dependents from Okinawa to Guam. This significant step is in accordance with the May 1, 2006, SCC Document, "United States-Japan Roadmap for Realignment Implementation," which both Governments reaffirmed in the May 28, 2010, SCC Joint Statement.

Projects to be funded by the Government of Japan during FY2010 for the relocation of U.S. Marines from Okinawa to Guam:

Posted by NO Base Stories of Korea at 8:08 PM