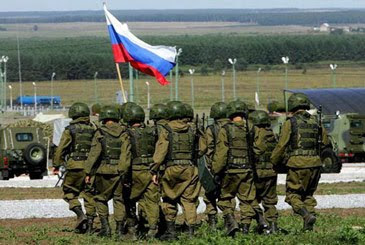 China and other members of the Shanghai Cooperation Organization (SCO) wrapped up their largest ever anti-terrorism military drill Monday in Kazakhstan, the China News Service (CNS) reported.

The most advanced aircraft manufactured in China, the J-10 fighter jets, flew directly to a foreign country to engage in a military mission for the first time and some of China's top military equipment were also included in the exercise.

"The strategy behind the SCO anti-terror military drill is to unite countries in Central Asia and help them crack down on extremists who conduct terrorist activities through international organizations that may pose a threat to the safety of a legitimate government," Rear Admiral Yin Zhuo, a senior researcher at the Chinese Navy's Equipment Research Center, told the Global Times Monday.

The "Peace Mission 2010" was just one of several military drills that China participated in this year.

The US and some of China's neighboring countries are also conducting joint military exercises this year.

Soon after the US and South Korea staged a joint military drill in the Yellow Sea in July, the US and India are expected to hold an exercise this week at a US military base in Okinawa, Japan. The two countries are also discussing a transport aircraft deal worth $3.5 billion, Indian me-dia reports said.

"A series of military drills initiated by the US and China's neighboring countries showed that the US wants to increase its military presence in Asia," said Yin.

"The purpose of these military drills launched by the US is to target multiple countries including China, Russia and North Korea and to build up strategic ties with its allied countries like Japan and South Korea," Yin added.

Song Xiaojun, a Beijing-based military expert, told the Global Times Monday that the US is trying to build a disturbing circle around China's coastal areas through military and diplomatic measures.

"China and the US are gaming over the security environment in Asia Pacific region and it is still unknown if the disturbing circle will be built in the end or China will turn the circle into a cooperative one by developing economic ties with neighboring countries," said Song.

Despite concentrated disputes over territorial sovereignty in the East China Sea and the South China Sea, China is also taking steps to improve bilateral trust with neighboring and western countries.

An Australian escort vessel and a Chinese frigate held a search and rescue exercise Thursday in the Yellow Sea. The drill, which includes the firing of weapons, was described as China's first live exercise with a Western country, Singapore-based Lianhe Zaobao said.
Posted by NO Base Stories of Korea at 11:02 AM