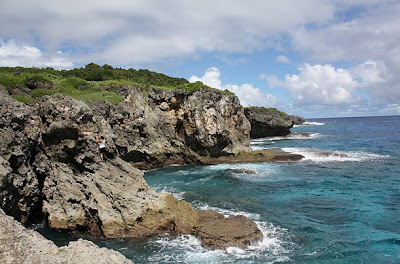 September 23, 2010; Guam- With the release of the DoD’s Record of Decision, it has become evident that the Department of Defense will continue to disregard concerns voiced by the people of Guam. Guam’s local residents will be the demographic most severely impacted by plans to increase the US military’s presence within the region through one of the largest peacetime military relocations in modern history. We Are Guåhan will be hosting a rally on Oct. 1 to unite the community in response.

The island participated actively within the NEPA process, with over 10,000 comments submitted in response to the Draft EIS from the community and Government of Guam agencies. Despite the outpouring of community involvement, the Final EIS failed to incorporate many of the island’s concerns into their final plans.

Guam’s community and local leaders presented a united front in opposition to the condemnation of land and the taking of more sites considered culturally and historically significant to the island’s indigenous people. However, the Department of Defense’s Record of Decision (ROD) indicates that the condemnation of land through eminent domain is still a possibility. Although decisions regarding the use of Pågat, an ancient Chamorro village and burial site, have been delayed, the site remains affected by the Department of Defense’s preferred alternatives for live-ammunition exercises.

Guam boasts one of the highest rates of enlistment into the United States Armed Forces per capita. Guam’s soldiers have fought and defended American values at rates higher than any other state within the Continental US, but remain excluded from discussions that greatly determine their futures. As a United States colony, residents of Guam lack any real control of their home and its resources. The lack of Democracy involved in the processes surrounding the military build-up in Guam have prompted residents to demand a role in the decision making process.

Plans to realign US troops stationed in Okinawa highlight a critical moment in the island’s history. Residents are uniting in efforts to empower themselves, protect their home’s resources, and shape their futures.

We Are Guåhan invites all residents to participate in an island-wide rally to demonstrate unity, commemorate the island’s many sacrifices, and to empower the community to prepare for their home’s future. The rally is scheduled for Friday, October 1st from 4:30pm to 7:30pm at Adelup.
Posted by NO Base Stories of Korea at 9:40 PM