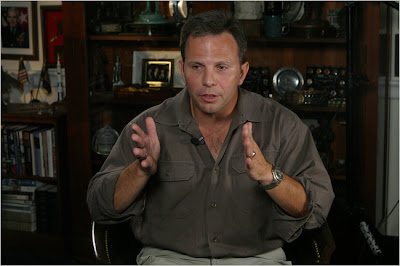 WASHINGTON — Defense Department officials are negotiating to buy and destroy all 10,000 copies of the first printing of an Afghan war memoir they say contains intelligence secrets, according to two people familiar with the dispute.

The publication of “Operation Dark Heart,” by Anthony A. Shaffer, a former Defense Intelligence Agency officer and a lieutenant colonel in the Army Reserve, has divided military security reviewers and highlighted the uncertainty about what information poses a genuine threat to security.

Disputes between the government and former intelligence officials over whether their books reveal too much have become commonplace. But veterans of the publishing industry and intelligence agencies could not recall another case in which an agency sought to dispose of a book that had already been printed.

Army reviewers suggested various changes and redactions and signed off on the edited book in January, saying they had “no objection on legal or operational security grounds,” and the publisher, St. Martin’s Press, planned for an Aug. 31 release.

But when the Defense Intelligence Agency saw the manuscript in July and showed it to other spy agencies, reviewers identified more than 200 passages suspected of containing classified information, setting off a scramble by Pentagon officials to stop the book’s distribution.

Release of the book “could reasonably be expected to cause serious damage to national security,” Lt. Gen. Ronald L. Burgess Jr., the D.I.A. director, wrote in an Aug. 6 memorandum. He said reviewers at the Central Intelligence Agency, National Security Agency and United States Special Operations Command had all found classified information in the manuscript.

The disputed material includes the names of American intelligence officers who served with Colonel Shaffer and his accounts of clandestine operations, including N.S.A. eavesdropping operations, according to two people briefed on the Pentagon’s objections. They asked not to be named because the negotiations are supposed to be confidential.

By the time the D.I.A. objected, however, several dozen copies of the unexpurgated 299-page book had already been sent out to potential reviewers, and some copies found their way to online booksellers. The New York Times was able to buy a copy online late last week.

The dispute arises as the Obama administration is cracking down on disclosures of classified information to the news media, pursuing three such prosecutions to date, the first since 1985. Separately, the military has charged an Army private with giving tens of thousands of classified documents to the organization WikiLeaks.

Steven Aftergood, who directs the Project on Government Secrecy at the Federation of American Scientists, said the case showed that judgments on what is classified “are often arbitrary and highly subjective.” But in this case, he said, it is possible that D.I.A. reviewers were more knowledgeable than their Army counterparts about damage that disclosures might do.

Mr. Aftergood, who generally advocates open government but has been sharply critical of WikiLeaks, said the government’s move to stop distribution of the book would draw greater attention to the copies already in circulation.

“It’s an awkward set of circumstances,” he said. “The government is going to make this book famous.”

Colonel Shaffer, his lawyer, Mark S. Zaid, and lawyers for the publisher are near an agreement with the Pentagon over what will be taken out of a new edition to be published Sept. 24, with the allegedly classified passages blacked out. But the two sides are still discussing whether the Pentagon will buy the first printing, currently in the publisher’s Virginia warehouse, and at what price.

A Pentagon spokesman, Cmdr. Bob Mehal, said the book had not received a proper “information security review” initially and that officials were working “closely and cooperatively” with the publisher and author to resolve the problem.

In a brief telephone interview this week before Army superiors asked him not to comment further, Colonel Shaffer said he did not think it contained damaging disclosures. “I worked very closely with the Army to make sure there was nothing that would harm national security,” he said.

“Operation Dark Heart” is a breezily written, first-person account of Colonel Shaffer’s five months in Afghanistan in 2003, when he was a civilian D.I.A. officer based at Bagram Air Base near Kabul.

He worked undercover, using the pseudonym “Christopher Stryker,” and was awarded a Bronze Star for his work. Col. Jose R. Olivero of the Army, who recommended Colonel Shaffer for the honor, wrote that he had shown “skill, leadership, tireless efforts and unfailing dedication.”

But after 2003, Colonel Shaffer was involved in a dispute over his claim that an intelligence program he worked for, code named Able Danger, had identified Mohammed Atta as a terrorist threat before he became the lead hijacker in the Sept. 11, 2001, attacks. An investigation by the Defense Department’s inspector general later concluded that the claim was inaccurate.

In 2004, after Colonel Shaffer returned from another brief assignment in Afghanistan, D.I.A. officials charged him with violating several agency rules, including claiming excessive expenses for a trip to Fort Dix, N.J. Despite the D.I.A. accusations, which resulted in the revocation of his security clearance, the Army promoted him to lieutenant colonel from major in 2005. He was effectively fired in 2006 by D.I.A., which said he could not stay on without a clearance, and now works at a Washington research group, the Center for Advanced Defense Studies.

Even before the Able Danger imbroglio, Colonel Shaffer admits in his book, he was seen by some at D.I.A. as a risk-taking troublemaker. He describes participating in a midday raid on a telephone facility in Kabul to download the names and numbers of all the cellphone users in the country and proposing an intelligence operation to cross into Pakistan and spy on a Taliban headquarters.

In much of the book, he portrays himself as a brash officer who sometimes ran into resistance from timid superiors.

“A lot of folks at D.I.A. felt that Tony Shaffer thought he could do whatever the hell he wanted,” Mr. Shaffer writes about himself. “They never understood that I was doing things that were so secret that only a few knew about them.”

The book includes some details that typically might be excised during a required security review, including the names of C.I.A. and N.S.A. officers in Afghanistan, casual references to “N.S.A.’s voice surveillance system,” and American spying forays into Pakistan.

David Wise, author of many books on intelligence, said the episode recalled the C.I.A.’s response to the planned publication of his 1964 book on the agency, “The Invisible Government.” John A. McCone, then the agency’s director, met with him and his co-author, Thomas B. Ross, to ask for changes, but they were not government employees and refused the request.

The agency studied the possibility of buying the first printing, Mr. Wise said, but the publisher of Random House, Bennett Cerf, told the agency he would be glad to sell all the copies to the agency — and then print more.

“Their clumsy efforts to suppress the book only made it a bestseller,” Mr. Wise said.
Posted by NO Base Stories of Korea at 12:01 PM