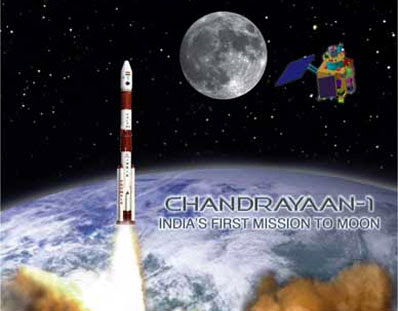 There can be no doubt that India is moving quickly into space. Thus it was a natural for the Global Network to plan to hold our 18th annual space organizing conference in India on October 9-12. Here is an article from the Times of India about that government's decision to not allow the international conference to happen. No doubt the subject was much too "sensitive" for the government to allow. It's sad that in a so-called "democracy" like India organizations must seek permission to hold an international event.
'No seminar on nuclear disarmament'
August 25, 2010

NAGPUR: In an apparent move to curb an 'unwanted' congregation, the ministry of external affairs (MEA) has struck down the application by a city-based activist known for his left leaning to hold a global seminar on nuclear disarmament in city.

The Centre for Cultural Educational, Economics and Social Studies had planned to hold an international seminar on 'Achieving A Nuclear Weapons and Missile Defence Free Asia', from October 9 to 12. The application for clearance was sent in February but on July 27, the MEA wrote back saying the issue of getting a political permit for the seminar had been carefully examined and the ministry did not recommend holding this conference.

The centre's secretary J Narayana Rao who corresponded with the various ministries said it appeared after the interaction with various bureaucrats that he had almost got the approval, until he received final letter of rejection last month.

A senior official in the MEA said it would be difficult to respond about any one case in particular. He added that it was rare to reject an application. Such a decision is taken only when the case appeared problematic. He said the approvals were given on the basis of inputs by various divisions in MEA which handle different countries.

They were held back if the topic was too sensitive topic or persons invited to speak were categorized as risky or there were problems with countries they were coming from. The organiser could write to the MEA asking for reasons for rejection but it was up to the ministry to respond.

Rao wondered how could nuclear disarmament be a sensitive topic. "An academic discussion would hardly have any political ramifications," he said. Rao felt the rejection might be because the seminar was being held to close to the date of US president Barack Obama's visit to India during November. "May be the government did not want to annoy Uncle Sam," he mused.

He added that US wanted to push India into an arms race as it wanted a market for its defence industry.

Interestingly, he also stressed that India need not increase its nuclear stockpile keeping China in mind. Rao said China's nuclear arms were not meant for India but were a defence against the US. "Since China is not going to attack India with nuclear weapons there is no reason for us to enter into an atomic arms race with it," he added.
Posted by NO Base Stories of Korea at 11:31 AM