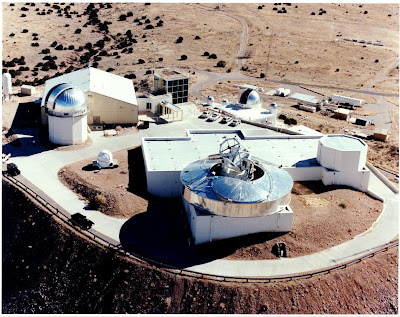 * Image source: cryptome.org
( Original source: New York Times, May 3, 2006
'An aerial view of Starfire, a government observatory in New Mexico where laser work is being done.' 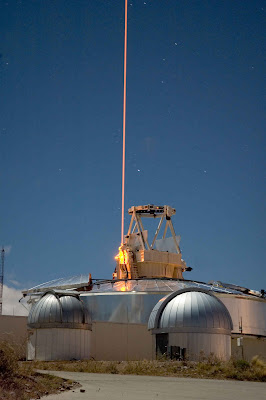 Northrop Grumman and Raytheon, which built the Space Tracking and Surveillance System satellite for the U.S. Missile Defense Agency, said the successful transfer was the first time the capability had been executed in space as part of the STSS program.

"All of these operations occurred as intended, with no operator intervention. This is the same type and sequence of functions that will be performed on-board during subsequent MDA missile tests."

The data hand-off occurred when the MDA satellite acquired a ground laser operated and pointed by the U.S. Air Force Research Laboratory from the Starfire Optical Range at Kirtland Air Force Base near Albuquerque.