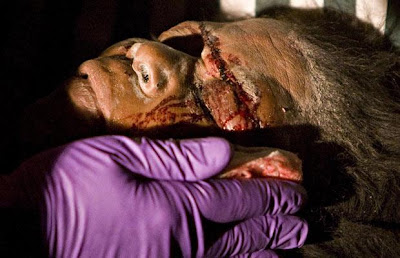 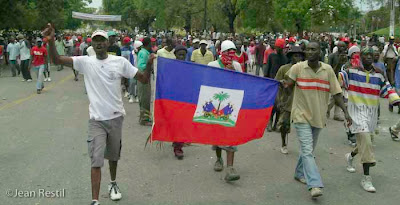 * The terrible earthquake in Haiti is just one more reminder that we need a Natural Guard established to be a quick response unit to help people all over the world after these kinds of disasters happen. Instead of spending ga-zillions of dollars on our military we should be insisting that we use these funds to prepare to deal with the coming harsh reality of climate change. Climate experts are predicting that an angry, and increasingly ailing Mother Earth, will be thrashing about in pain which means more such natural disasters for the people of this planet. Instead of pouring money down the military rat hole we need the Natural Guard.

A good place to go if you wish to send a donation for humanitarian aid to Haiti is here. [check the top right]

The Associated Press is reporting, "The Obama administration plans to ask Congress for an additional $33 billion to fight unpopular wars in Afghanistan and Iraq on top of a record request for $708 billion for the Defense Department next year." With our current 40 state fiscal crisis, and the need for a Natural Guard more than endless war, we find the magician in the White House going the wrong direction once again.

* In the good news department we just learned that the new space film Pax Americana: The Weaponization of Space has won the award for the Best Documentary at the Whistler Film Festival in British Columbia, Canada. I have seen a sneak preview of the film and it is a stunner. I am proud to say that it features Global Network members Karl Grossman, Loring Wirbel and myself. Not sure when it will be released in the US but people are going to want to show this film in their local community. It is going to be a huge help internationally for our side on this issue. It will also be aired on public TV throughout Europe.

NEWS FLASH: Pat Robertson, the right-wing Christian fundamentalist, had this to say today about the Haiti earthquake on his TV program called 700 Club:

And you know Christy, something happened a long time ago in Haiti and people might not want to talk about it. They were under the heel of the French, uh you know Napoleon the third and whatever. And they got together and swore a pact to the devil. They said we will serve you if you’ll get us free from the French. True Story, and so the Devil said OK it’s a deal. And they kicked the French out. You know, the Haitians revolted and got themselves free. But ever since they’ve been cursed by one thing after the other desperately poor. That island is Hispaniola is one island. It’s cut down the middle. On one side is Haiti on the other side is the Dominican republic. Dominican Republic is prosperous, healthy, full of resorts, etc.. Haiti is in desperate poverty. Same island. Uh, they need to have, and we need to pray for them a great turning to God and out of this tragedy. I’m optimistic something good may come but right now we’re helping the suffering people and the suffering is unimaginable.

“I donated via Oxfam but in case
anybody wants to make other individual donations, Paul Farmer's
Partners in Health is one of the greatest organizations around and
they also have an emergency fund drive that you can be sure will go
straight to their clinics in Haiti. http://www.pih.org/home.html


Article 16 of the Earth Charter:

16. Promote a culture of tolerance, nonviolence, and peace.
a. Encourage and support mutual understanding, solidarity, and
cooperation among all peoples and within and among nations.
b. Implement comprehensive strategies to prevent violent conflict and
use collaborative problem solving to manage and resolve environmental
conflicts and other disputes.
c. Demilitarize national security systems to the level of a
non-provocative defense posture, and convert military resources to
peaceful purposes, including ecological restoration.

Posted by NO Base Stories of Korea at 7:34 AM