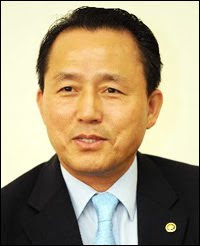 South Korea will discuss with North Korea the repatriation of war remains buried in the North as part of humanitarian efforts, the Ministry of National Defense said Monday.

Ministry officials said they had established detailed measures for an envisaged inter-Korean joint excavation of the remains of soldiers killed during the 1950-53 Korean War, and will propose the plans to the North soon.

The joint effort had already been agreed upon by the two Koreas during the second inter-Korean defense ministerial talks in November 2007, according to the officials.

Vice Defense Minister Chang Soo-man told reporters, ``The proposal for the joint excavation is also part of efforts to improve ties between the two Koreas.''

``It's time to take bilateral efforts to improve relations. If North Korea responds to our proposal positively, that will be a great step forward in improving inter-Korean ties,'' Chang said.

Earlier in the day, President Lee Myung-bak pledged in his New Year's address that he would prioritize repatriating the remains of fallen soldiers in North Korea on the occasion of the 60th anniversary of the outbreak of the Korean War.

According to the ministry, about 39,000 soldiers, or 30 percent of South Korean war dead, were buried in the North. About 10 percent of the estimated 137,000 are believed to have been buried in the Demilitarized Zone (DMZ) that divides the Korean Peninsula.

South Korea has recovered the remains of about 3,360 fallen soldiers since 2000.

The United States conducted excavation work in the North between 1996 and 2005 and reclaimed 225 sets of remains.

The two Koreas remain technically at war as the Korean War ended in a truce, not a peace treaty.

gallantjung@koreatimes.co.kr
Posted by NO Base Stories of Korea at 8:36 PM