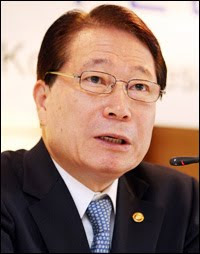 South Korea plans to send more than 1,000 troops to participate in U.N. peacekeeping operations (PKO) in 2010, the Ministry of Foreign Affairs and Trade said Thursday.

In a report to President Lee Myung-bak on its policies for the New Year, the ministry also vowed to make the G20 Summit in Seoul in November a success.

``Given its international status, it is appropriate to send more than 1,000 troops to PKOs,'' a ministry official said, requesting anonymity.

He said that disputed areas in Africa were being reviewed for operations, but details on the exact numbers and locations will be determined after consultations with the U.N.

Currently, Korea has 401 troops, the 39th largest among U.N. member countries, stationed in more than 10 countries including Lebanon, India and Pakistan.

The ministry also plans to place emphasis on the G20 Summit, a meeting of the world's 19 largest economies and the European Union.

It will appoint embassy officials to participating nations to encourage local entrepreneurs to support the summit.

President Lee will broaden his summit diplomacy toward the Middle East, Africa and Latin America, the report said.

``Lee focused on upgrading partnerships with four powers in his first year in office, and in 2009, he placed the emphasis on Asia,'' the official said.

``But this year's summit diplomacy will be centered on the other three regions,'' he added.

Additionally, Lee will promote a tripartite summit with China and Japan in May and negotiations for free trade agreements with the two neighboring countries.

The ministry will increase its Official Development Assistance (ODA) in a bid to extend its role in international society.

``We are seeking to increase ODA to 0.13 percent of GNI (growth national income) from the current 0.1 percent in 2009, and to 0.25 percent in 2015,'' the official said.
Korea joined the Development Assistance Committee of the OECD, a group of donors, last month.

ksy@koreatimes.co.kr
Posted by NO Base Stories of Korea at 4:32 AM