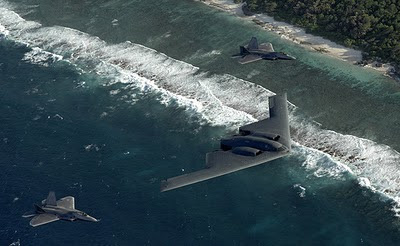 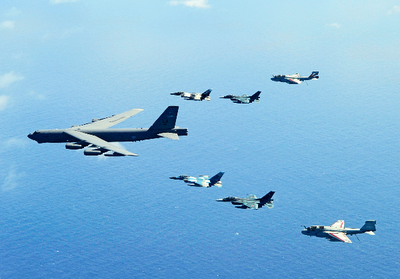 
SASEBO NAVAL BASE, Japan — The plan for a U.S. military buildup on Guam hit two more snags this week that will delay key projects.

The Department of Defense and Guam are at an impasse over the use of ancestral land for a Marine Corps firing range, which could put the future of the project in question, the Guam State Historic Preservation Office said.

Meanwhile, building a berth for aircraft carriers must be delayed for another year while the Navy researches the environmental impact on coral, the Naval Facilities Engineering Command in Hawaii confirmed Friday.

Both projects are part of a historic shift of military forces in the Pacific that includes an agreement with Japan to move 8,600 Marines from Okinawa to Guam by 2014.

Difficulties in the process have fueled public speculation and media reports that the transfer of Marines will be delayed to 2016 or later, but the military has remained committed to the deadline.

Landmark Guam buildup plans the Navy released Tuesday are based on the 2014 deadline and the transfer of Marines will continue on that schedule, Maj. Neil Ruggiero, spokesman for the Joint Guam Program Office, told Stars and Stripes on Friday.

The construction of some Marine facilities is expected to begin early next year on Guam using $498 million in funding from Japan.

But the future of planned training ranges on the island is far less certain.

The military has been unable to get support it needs from the Guam government to place Marine live-fire ranges on ancient Chamorro land at Pagat Village, a federally registered archaeological site that holds deep meaning for many on the island.

“The Department of Defense is still recognizing Pagat as the site for the firing range, whereas we don’t even want it mentioned in the programmatic agreement,” said Lynda Aguon, State Historic Preservation officer. “We just don’t want Pagat to be mentioned at all.”

The DOD is seeking an agreement with the preservation office that will set ground rules to deal with damage to historic sites during construction and to clear the way for the ranges. Such agreements are required by federal law when the government builds on historic land.

But Aguon said her office will not support a DOD plan that targets Pagat — a position that has thrown the possibility of any agreement into question.

“We just want that [land] kept pristine,” she said. “If you fence off the area, we can’t visit where our ancestors were and pay our respects.”

Retired Marine Maj. Gen. David Bice, executive director of the Joint Guam Program Office, said Tuesday that Pagat is the only site on the island that meets all requirements for Marine training and it remains the military’s top choice for the ranges.

“We could not find any parcels on DOD property that would accommodate the ranges,” he said. “Through the process of talking to Guam leaders and agency heads, we started looking around and were guided to the preferred alternative [of Pagat Village] at Route 15.”

Bice said any final decision on using the site will be delayed as talks continue.

The two groups have failed to reach an understanding after months of meetings and multiple agreement drafts, according to Aguon.

If an understanding is not reached, Aguon said the DOD could take the land without Guam government support through condemnation.

Meanwhile, the Navy must conduct another study of coral before it can dredge Apra Harbor to make access for aircraft carriers.

The new research will focus on coral, fish, sponges and protected sea turtles at 72 sites in the harbor. It was requested by federal agencies including the Environmental Protection Agency, the U.S. Fish and Wildlife Service and the National Marine Fisheries Service.

Previous Navy studies show little high-quality coral is likely to be removed and three harbor reefs will not be dredged. About 71 acres would be dredged under the Navy’s preferred plan, including about 25 acres containing sparse patches of coral, according to studies compiled by the Navy in July.

The Navy will delay a decision on where to locate the carrier berth until after the new research is complete in November 2011, according to contract information supplied by NAVFAC.

A $2.3 million contract for the study was awarded on Sept. 17 to HDR-e2M, a Denver-based environmental and engineering company, and work will begin in October, NAVFAC said.

The fate of harbor coral has stoked public concerns on Guam similar to the Pagat ranges.

“We will never get those corals back. It is a terrible loss for our island,” said Guam Sen. Judith Guthertz, chairwoman of the legislature’s Committee on the Guam Military Buildup and Homeland Security.

Guthertz said the U.S. military will “hurt their cause and alienate people” by dredging coral and using Pagat for training ranges despite the persistent public concerns.

Still, she said the projects are probably inevitable despite the delays this month.

“Even if they delayed [plans] for awhile, it will happen,” she said.

trittent@pstripes.osd.mil
Posted by NO Base Stories of Korea at 11:37 AM