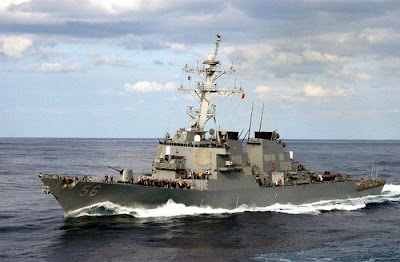 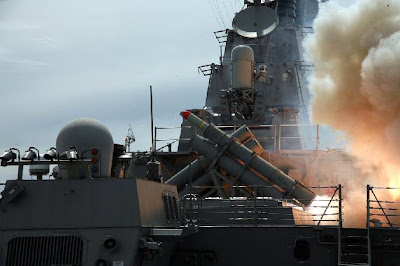 SEOUL, Sept. 27 (Yonhap) -- A flotilla of South Korean and U.S. warships started anti-submarine drills in the Yellow Sea on Monday in another show of force against North Korea, Seoul's military officials said.

The five-day exercises, which run through Friday, are the second in a series of joint drills staged or planned by Seoul and Washington in response to North Korea's sinking of a South Korean warship six months ago.

About 10 ships, including two U.S. guided-missile destroyers, the USS John S. McCain and USS Fitzgerald, and two submarines as well as some 1,700 troops have been mobilized for the maneuvers.

"The drills started around 7 a.m., and everything is going ahead in accordance with our maneuver plan," said an official at the South's Joint Chiefs of Staff (JCS).

The JCS official said the drills are being staged off the west coast town of Taean, far south of the Yellow Sea border where the Cheonan warship was sunk on March 26.

A South Korea-led international probe in May officially pinpointed North Korea as the perpetrator of the torpedo attack on the Cheonan that left 46 sailors dead.

The North has denied any role in the sinking and threatened military retaliations against the drills, calling them a rehearsal for war.

Pyongyang's state-run Committee for the Peaceful Reunification of Korea warned on Sunday that its army "will never pardon provocateurs and mercilessly wipe them out."

kdh@yna.co.kr
Posted by NO Base Stories of Korea at 10:54 AM