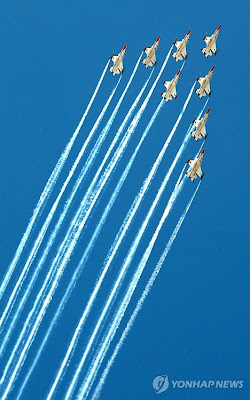 SEOUL: The US and South Korean navies will next week stage an anti-submarine exercise...officials said Friday.

The drill, the second joint exercise in two months, will involve at least nine ships plus surveillance aircraft, the US military said in a statement.
....
The drill will be held from next Monday to Friday in the Yellow Sea between China and Korea. It was postponed early this month due to an approaching typhoon.

It will not involve a US aircraft carrier, unlike the first joint naval exercise held in late July. That drill was relocated from the Yellow Sea to the east coast of the peninsula in response to China's expressions of concern.

The statement said US forces would send two US guided missile destroyers, a surveillance ship, a fast attack submarine and P-3C Orion aircraft to next week's drill.