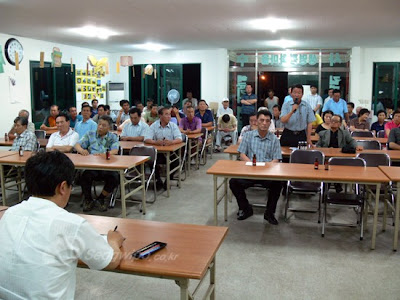 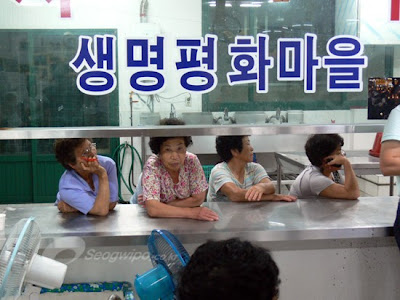 * Image source: Same as the link below

While the villagers demanded him to settle the naval base issue, based on the views of the villagers, the new mayor explained the reason of his neutrality, saying that, “ If I stood only for one side, nobody would trust me therefore the issue cannot be solved.”

He said, “I have already met the navy personnel and will see the villagers in favor of [the naval base plan, as well.”

According to the mayor, Koh, meeting with the navy personnel after his inauguration, he officially requested to the navy to cancel the investigations on the indictments & accusations between the navy and the villagers. He also added that, “There would be the navy’s conversed measure in time.”

Following it, he told that, “ You should not think you would win 100% in this struggle. I hope that you would seek for the most reasonable and realistic measure in our [* Who is ‘our?] position.”

Related to it, mayor Koh expressing that, “Even though there remain some administrative procedures (related to the naval base construction), because the Kim Tae-Hwan's former Island government has so well cooperated with the navy, it is the situation that there is ‘no proper way for the repel,’ therefore unfortunately, the possibilities of the enforcement remains.”

However, saying that “There would never be the cases that the naval base construction is enforced,” he resolutely told that, “I have no plan to escape from the issue after only pretension. I will not give up my role despite the difficulties and hardships in the settlement of the issue.”
Posted by NO Base Stories of Korea at 8:31 AM