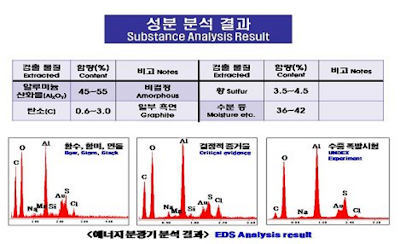 On the night of March 26, 2010, the 1,200 ton Republic of Korea (ROK) Navy corvette Cheonan was severed in the middle and sank off Baengnyeong Island in the West Sea (or Yellow Sea). Forty-six crew members died in the incident. After almost two months of investigation, the ROK government released an interim report that traced the cause of the Cheonan’s sinking to the explosion of a North Korean (DPRK) torpedo.1 The report, however, contains a number of inconsistencies that call into question the government’s conclusion and the integrity of its investigation. In order to address these inconsistencies and to restore public confidence in the investigation, the ROK government must form a new team to restart the investigation from the beginning. We recommend that the international community continue its insistence on an objective and thorough investigation while reiterating its commitment to peace and stability on the Korean peninsula.

The Joint Civil-Military Investigation Group (JIG), made up of 22 military experts, 25 experts from 10 military-related research institutes, and three civilian experts recommended by the Parliament,2 conducted an almost CSI-like scientific investigation3 that involved a test explosion, a computer simulation, and such high tech analyses as EDS and XRD. In its interim report released at a press conference on May 20, it revealed three main findings: (1) the Cheonan’s sinking was caused by an explosion outside the ship; (2) the explosion was that of a torpedo; and (3) the torpedo was manufactured by North Korea. The JIG drew, on the basis of these findings, the logical conclusion that North Korea was responsible for the sinking of the Cheonan. We agree that this indeed is the logical conclusion one would make if all three findings were correct.

After a careful analysis of the JIG’s report and evidence and our own physical testing, however, we find that the JIG has failed (1) to substantiate its claim that there was an outside explosion; (2) to establish the causal linkage between the Cheonan's sinking and the torpedo; and (3) to demonstrate that the torpedo was manufactured by the DPRK. The JIG presented its three “findings” without credible evidence, and its findings are self-contradictory and inconsistent with facts. All three are riddled with such serious flaws as to render the JIG’s conclusion unsustainable. Furthermore, there is a very high chance that its EDS or x-ray data may have been fabricated. Our results show that the “critical evidence” presented by the JIG does not support its conclusion that the Cheonan’s sinking was caused by the alleged DPRK’s torpedo. On the contrary, its contradictory data raises the suspicion that it fabricated the data.