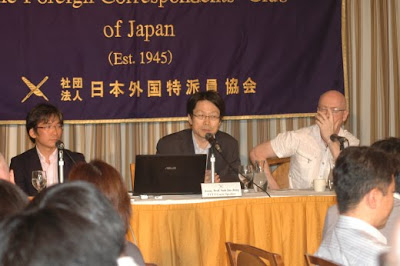 Follow-up to: http://nobasestorieskorea.blogspot.com/2010/06/text-fwd-scholars-call-for-end-to-pspd.htmlQuestions Raised on the Cheonan Incident Report

The Cheonan incident was discussed at the UN and resulted in a UN Security Council presidential statement that included both South and North Korea's positions on the incident and "calls for full adherence to the Korean Armistice Agreement and encourages the settlement of outstanding issues on the Korean peninsula by peaceful means to resume direct dialogue and negotiation through appropriate channels as early as possible, with a view to avoiding conflicts and averting escalation."

Prior to this, on June 10, the People's Solidarity for Participatory Democracy (PSPD), a major South Korean NGO, sent an open letter to the UN Security Council in which it raised questions concerning the contents of the official investigation report. This action, considered normal by UN-registered NGOs, raised ire in the South Korean foreign ministry and amongst ultra-conservatives in South Korea, who demonstrated in front of the PSPD office for several days -- even making threats to PSPD staff.

Scientists have been raising questions as well. Seung-Hun Lee, a Korean-born physicist at the University of Virginia and Jae-Jung Suh, a political scientist at Johns Hopkins University in Washington, DC (who also has a degree in physics) are questioning scientific validity of evidences set forth by the official investigative team and calls for further independent investigation. [The photo above shows a press conference by Lee and Suh on July 9 at the Foreign Correspondents Club in Tokyo.]

http://nobasestorieskorea.blogspot.com/2010/06/text-fwd-scholars-call-for-end-to-pspd.html
Tuesday, June 22, 2010
Text Fwd: Scholars call for end to PSPD witch-hunt
Posted by NO Base Stories of Korea at 8:10 PM