[Site Fwd] OBAMA AND THE DEMS IN BIG TROUBLE 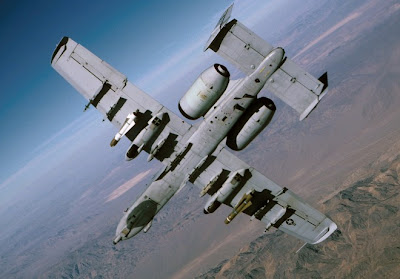 New polling data is revealing that Obama is wearing thin on the voters and it is having a sharp impact on how voters view their member of Congress as we approach the November elections.

A Washington Post poll shows that 54% of Americans disapprove of how Obama is handling the economy.

In responding to this question (Right now, are you inclined to vote to re-elect your representative in Congress in the next election or are you inclined to look around for someone else to vote for?) only 26% of registered voters say they would vote for their current member of Congress. This is a tidal wave of dissatisfaction that could wash the Democrats out of control.
The poll did not have any direct questions about Afghanistan which is puzzling since our current wars are such a primary factor in our economic collapse. But a June 17 Angus Reid Public Opinion survey found that only 50% of the American public now support the war in Afghanistan.

Support for the Afghanistan war is declining even faster in key NATO countries which will mean only more trouble for Obama. In Canada 59% of voters disagree with their current participation in the war. In Britain 55% oppose their participation. About 300 British soldiers have died so far in Afghanistan.

61 per cent of respondents think Australia should withdraw its troops from Afghanistan, up 11 points since March 2009.

With support for Obama's "good war" fast declining in the U.S. and around the world, and the global economy worsening, the Democrats are going to have to begin to take on their president if they wish to win back voter support.

We all know there will be no economic recovery as long as we are pissing away nearly $12 billion a month in Iraq-Afghanistan-Pakistan on wars that are unwinnable. The voters obviously are increasingly making the connections between economic collapse here at home and our wasteful and immoral wars.

Just as Lyndon Johnson was driven from the White House in the 1968 election over the Vietnam War, Obama could face a similar fate before the 2012 national election unless he turns this sinking ship around quickly. I frankly don't see him having the guts to do it.

Just yesterday Rep. Jerrold Nadler (D-NY) was quoted by Raw Story saying, “I think that this war, if it goes on and if it escalates, has the potential to destroy this presidency and to destroy the Democratic majorities in Congress."

It is obvious that the Obama magic is wearing thin. I spoke with well-known peace activist Kathy Kelly on the phone yesterday and asked her if she was hearing people defend the president anymore at her speaking engagements. She replied that virtually no one is doing that anymore.

If the Democrats are smart they will jettison their Republican-lite president and his corporate war policies. If they hang onto his sinking ship they very likely will be going down with him as he falls to the bottom of the oily sea.