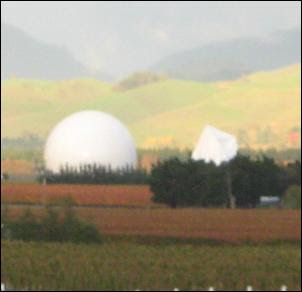 On the Waihopai ‘Claim of Right’ Defence

Usually when the public feels outraged by an acquittal in a high profile trial, the response by the Justice Minister of the day is to defend the jury system. You know the drill – the jury were in the courtroom, they heard all the evidence, and by implication, the public doesn’t know what its talking about. Not so it seems, when the government gets a verdict on the Waihopai Three case that it doesn’t like. No word then from the Justice Minister about the wisdom and even-handedness of the jury. Instead, he moves to change the legal rules to ensure the authorities get their conviction the next time around
The rules in question are those to do with the so called ‘claim of right’ defence. This allows for circumstances where an ostensibly criminal act can be committed due to compelling higher reasons that can reasonably be said to justify the actions – breaking into private property say, to rescue a child from a burning building. Speeding to a hospital with an injured patient. Or in the Waihopai case, impeding activities that contribute to an illegal and unjust war and where – arguably – to do nothing is to be complicit.

The Waihopai Three put their case before the jury in the courtroom – and the jury weighed the evidence and reached the conclusion that the actions were reasonable. Justice Minister Simon Power clearly thinks this can’t be allowed. What he proposes – and typically for this government – the response is framed in terms of multiple options put out there to test how much flak they attract. The options range from raising the hurdle for a ‘claim of right’ defence, abolishing it altogether, or assuming the accused is guilty in such situations until they prove otherwise. In detail, the options are :

* Shifting the burden of proof — amending the definition so a defendant would have to prove they have a claim of right rather than the prosecution needing to prove they do not;

* Adding a reasonableness element — amending the definition of claim of right so a defendant would have to show that at the time of the offence their actions or beliefs were reasonable;

* Adding a property interest criterion — amending the defence of claim of right so only a defendant with a legal claim to the property concerned could use the defence; and

* Repealing the defence — remove the claim of right defence from the Crimes Act so it is not available to any defendant in future.

The most outrageous options– in that they so clearly amount to payback for the Waihopai verdict – are the ones that shift the onus of proof to the accused, and that require a pre-existing property right to exist. In the latter situation, people could not damage other people’s property for a higher cause. (If this property option is chosen by Simon Power, it would be interesting to see if anyone in future could claim that as a taxpayer, they have an ownership stake in say, the Waihopai base, and thus have responsibility as citizens for any actions aided or abetted by this public property, in our name.)

Several things seem to be being forgotten in the politically driven rush to rejig the legal rules. With this display of petulance, the government is bringing the entire jury system into disrepute. To repeat: the jury heard the evidence from the Waihopai Three, tested whether it was reasonable – as the current situation allows it discretion to do – and reached a decision based on the facts before it. In future, the politicians and the courts can hardly complain if the public loses faith in a justice system where the powerful simply change the rules to get the convictions they want, while the public gets a lecture on tolerance and respect for juries whenever there is public outrage about an acquittal.

Secondly, it seems to be being overlooked that the war in Iraq is not legal. It was launched as a pre-emptive war waged on false grounds (ie, allegations about the existence of weapons of mass destruction) and without a proper UN mandate. Eminent legal authorities such as Lord Bingham, the outstanding former chief justice of the British House of Lords, hold this to be the case.

Therefore, the Waihopai Three were not so much committing a criminal act as impeding New Zealand’s possible complicity in the perpetuation of further criminal acts. The jury may well have felt that since the war is illegal, the proof burden on the accused was that much lower – and the need for distance by New Zealand from being tainted by association, was that much higher. If so, they were right to do so. Because the onus of proof regarding the complicity of our spy base in the Iraq war – or its non-complicity, if the spy base truly is making no contribution to the war effort – should rest to some extent at least, with the government.

In Power’s formulation though, defendants would have to shoulder all of that legal burden. So, if a future government wants to commit us to helping out in a war that is illegal under international law, will we – as citizens – be able to use a ‘claim of right’ defence in future? Not at all in the worst case scenario – if Power has his way – and only, at best, with extreme difficulty. The defence is likely to be available in future only if we can prove the illegality of the war in question beyond reasonable doubt, and prove the linkage of the property or actions in question, to it.

Yet surely, when this is contentious – as it usually is for years afterwards – there should be some onus on the government to demonstrate that its committal of our resources to such conflicts is legal – or is not happening at all? This is, again, another reason for not tilting the scales of justice arbitrarily in favour of the authorities. A jury should be left to hear both sides of the argument, on a level playing field. The law on ‘claim of right’ does not need to be changed, and should not be changed.

[Bryan Law covered the Waihopai trial for Scoop. His summary of the defence case is here.]
Posted by NO Base Stories of Korea at 12:56 AM