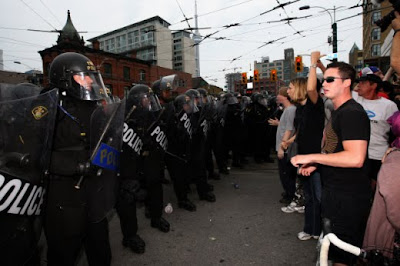 Hundreds of all-but-abandoned public telephone booths have recently been switched out in Seoul. Also undergoing replacement are walkway tiles, which usually takes place at the end of the year. The restoration of Gwanghwamun in Seoul and the opening of the second stage of the Gyeongbu High-speed Line have been moved several months ahead from their previous schedule. The central government and local governments carrying out these efforts explain that they are “in order to successfully host the G-20 summit” on November 11 and 12.

However, observers are saying that some of these administrative measures are unlikely to be intended as preparations for the G-20 summit. In their view, there has been a parade of wasteful “display projects” as the government goes “all-in” on G-20 preparation, while human rights and public welfare languish.

Street vendors are disappearing from Seoul. The reason is the “street stall cleanup effort” undertaken by the city, which has formed 88 “special street maintenance teams” totaling around 400 people for the G-20 summit.

Meanwhile, migrant workers are quaking with worry about possible deportation. On the pretext of “establishing public order for the G-20 summit,” the National Police Agency recently embarked on a full-scale crackdown on foreigner crime, and the Justice Ministry has been undertaking a focused crackdown on undocumented migrant workers.

A number of measures that have emerged in the name of preparations for the two-day, one-night event attended by foreign heads of state are prompting concerns about human rights violations. Full-body scanners for airport security searches were installed at four airports on June 30, including Incheon and Gimpo International Airports. The National Human Rights Commission of Korea (NHRCK) commented on the problematic nature of the scanners, but the government went ahead with plans.

A “Special Law on Escort Security and Terror Prevention in order to successfully host the G-20 summit” passed the National Assembly in May amid objections from civic groups, which called it “an unconstitutional notion of actually using military forces to prevent assemblies and demonstrations from taking place.” Meanwhile, the Justice Ministry will be requiring all foreigners entering the country as of August 15 to provide fingerprint and facial identification information.

The rush to ensure ‘Rising National Standing from the G-20’

Some national projects are being moved ahead to meet the schedule of the G-20 summit, prompting criticisms of “reckless rushing.” The Korea Rail Network Authority made the decision to open the second stage of its Gyeongbu High-speed Line, from Daegu to Busan, in November, a month ahead of the original schedule. The Ministry of Land, Transport and Maritime Affairs (MLTM) explained that this “would be an opportunity to support successfully hosting the G-20 summit and share the excellence of Korean high-speed rail.”

The completion of the restoration of Gwanghwamun in Seoul, which had been scheduled for December, was moved ahead a full five months to meet the G-20 schedule. Many observers inside and outside the cultural heritage sector have expressed concerns about shoddy workmanship and safety issues stemming from the reckless changes in the schedule.

Since July 1, police have embarked on an aggressive crackdown on violations of basic public order, including illegal disposal of cigarette butts, and are saying they will deal summarily with such crimes. The crackdown has already been taking place with the issuing of warnings, but police are aggressively enforcing the law in order to “enhance national prestige with a successful holding of the G-20 summit.”

There have also been a number of instances where excessive “display projects,” extravagant and unnecessary measures taken by central government organizations and local governments, have sparked citizen discontent. Separately from the police, the city of Seoul is cracking down on gum spitting by citizens, assessing fines of approximately 30,000 to 50,000 Won ($24 to $41). And last month, the Ministry of Education, Science and Technology (MEST) directed the Gyeonggi Provincial Office of Education to report on public achievements in connection with the G-20 summit, including catchphrases, posters and writing contests, to elementary, middle and high schools within its jurisdiction.

In addition, other administrative measures, such as uprooting 2,165 utility poles near the summit site, full-scale service to 20,000 vehicle entryways in Seoul, an all-out hygiene crackdown in public saunas, and the reflection of traffic accident death rates in police chief evaluations, are being undertaken “in order to successfully host the G-20 summit.”

“Measures like full-body scanners and basic public order crackdowns are a ‘window-dressing’ style of administration that is of questionable effectiveness and even includes elements of human rights infringements,” said Citizens’ Solidarity for Human Rights Secretary General Oh Chang-ik.

Hankyoreh
Government crackdown on migrant workers escalates prior to G20
: The government has continued to receive criticism for the violent tactics used and infringements on human rights
July 1, 2010
Posted by NO Base Stories of Korea at 10:03 PM