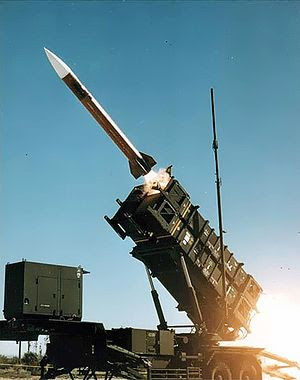 * Refer to the below Yonhap News article. Please just refer to the fact that the article' title of
'S. Korea rules out joining U.S. regional missile defense' is really miss-conducting.

SEOUL, Oct. 23 (Yonhap) -- South Korea has no plan to join the U.S. regional missile defense system but it will continue to strengthen cooperation with Washington to counter North Korea's missile threat, the defense ministry said Saturday.

The ministry issued a statement to clarify comments made by its minister, Kim Tae-young, during a parliamentary audit a day earlier that were interpreted by some as suggesting that South Korea was considering joining the U.S. regional missile defense system.

South Korea and the United States "will discuss ways to share information and to use resources for the protection of the Korean Peninsula from the threat of North Korean weapons of mass destruction when their Extended Deterrence Policy Committee meets," the ministry said in the statement.

During their annual Security Consultative Meeting earlier this month, the defense chiefs of the allies agreed to form the committee as a cooperation mechanism to enhance deterrence against the North.

"This does not mean (South) Korea will participate in the U.S. regional defense missile system," the ministry said.

"The past U.S. missile defense system was tailored to shielding the U.S. mainland, but its goals have been shifting to regional missile defense," a ministry official said, requesting anonymity. "We will strengthen cooperation and information sharing with the U.S."

* 6. Secretary Gates reaffirmed the continued U.S. commitment to provide and strengthen extended deterrence for the ROK, using the full range of military capabilities, to include the U.S. nuclear umbrella, conventional strike, and missile defense capabilities (The whole statement can be seen here)