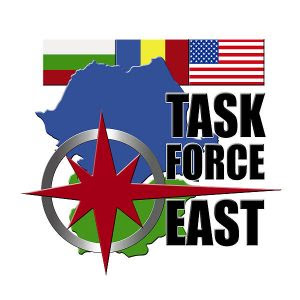 * Image source: same as the link.
To see more images with the text, click the link.


On November 19 and 20 the leaders of 28 North American and European nations, all the major Western military powers and their vassals, will gather in the capital of Portugal for this year’s summit of the North Atlantic Treaty Organization.

Until recently held every other year, NATO summits are now annual events, with the last held in France and Germany in 2009 and the preceding one in Romania in 2008.

Prior to last year’s summit in Strasbourg and Kehl, the first held in two nations, four in a row had occurred in Eastern Europe: The Czech Republic in 2002, Turkey in 2004, Latvia in 2006 and Romania in 2008. None of those host countries, of course, are anywhere near the North Atlantic Ocean. Neither are any of the 12 nations incorporated into the Western military bloc in the past 11 years.

This year’s summit will endorse the Alliance’s first Strategic Concept for the 21st century, a draft of which was crafted by a so-called group of experts led by former U.S. Secretary of State Madeleine Albright and presented in a report entitled NATO 2020: Assured Security; Dynamic Engagement.

Despite NATO referring to itself as a “military alliance of democratic states in Europe and North America” and claiming that all its members’ opinions carry equal weight – as though Luxembourg and Iceland could block or override the U.S., the world’s sole military superpower as its current head of state proudly christened it last December – next month’s summit will be a rubber stamp affair.

Everything the Pentagon and White House demand will be granted, most notably:

The subordination of NATO’s theater interceptor missile initiative, the Active Layered Theatre Ballistic Missile Defence Programme launched in 2005, and the U.S.-German-Italian Medium Extended Air Defense System (MEADS) to a U.S. missile shield structure throughout all of Europe and into the Middle East.

The retention of at least 200 U.S. nuclear bombs on air bases in Belgium, Germany, Italy, the Netherlands and Turkey.

A complementary cyber warfare “dome” over the European continent directed by the new U.S. Cyber Command. [1]

The qualitatively accelerated military integration of NATO and the European Union in the aftermath of the Lisbon Treaty entering into force last December 1. A Portuguese adviser to President of the European Commission Jose Manuel Barroso recently affirmed “that the best solution for the enhancement of EU-U.S. relations would be that the European Union (EU) joins NATO.” [2]

The continuation of both components of what are frequently (and artificially) presented as being contradictory: NATO’s founding and core mission – the collective military defense of its member states – and its constantly expanding missions far outside the Euro-Atlantic region, with the war in Afghanistan the prototype and standard of the second.

The Lisbon summit will formalize and extend what has been underway in earnest since NATO’s first war in 1999: The projection of the U.S.-dominated military alliance into an international intervention and occupation force. One that is moving steadily to the east and south of the European continent, which has been unified under NATO and will soon be subsumed under American missile and cyber warfare systems.

READ MORE
Posted by NO Base Stories of Korea at 10:19 PM