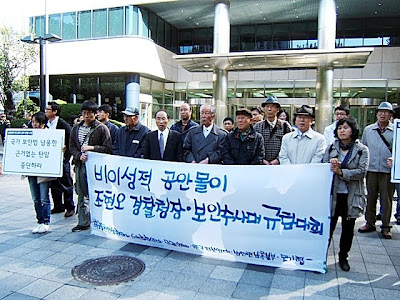 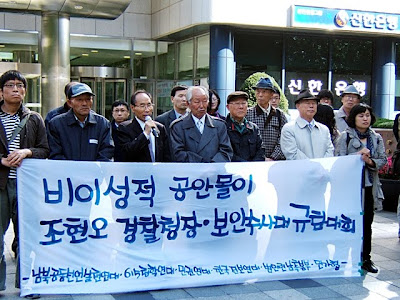 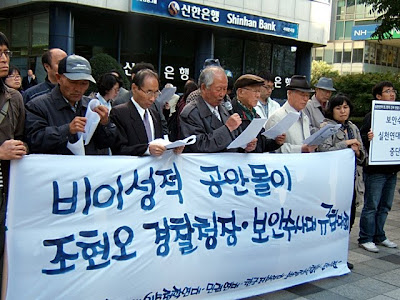 While the right wing conservative Lee Myung Bak government that has launched in March, 2009 left two more years of its power, its oppression against the unification movement organizations has been continuous. The oppression against the PKAR was one of them. Currently the Lee government has been oppressing another organization named Solidarity for the Practice of the Joint Statement between the South & North Korea (* temporary translation).

The security investigation unit of the Seoul police agency has confiscated and searched the houses of the four former & current staffs of the Solidarity for Practice on last Oct. 19 and a staff in another organization named Research Institute for the Civil Rights. It also issued a restraint warrant to the same organization’s executive chairman.

Some activist organizations such as the Solidarity for Practice, South Korea branch, PKAR, Korean Alliance of the Progressive Movements and Association of the Family for the Democracy Practice held the press interview against such oppression on Oct. 25, 2010.
Posted by NO Base Stories of Korea at 3:08 AM