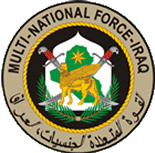 * Image source: same as the link.
For more images, click the below link.


On October 7 the American and North Atlantic Treaty Organization war in Afghanistan entered its tenth year and in slightly over two months will be in its eleventh calendar year.

There are currently more than 150,000 foreign troops in the nation and the number is steadily rising.

As examples, this February Germany raised its troop numbers in Afghanistan from 4,500 to a post-World War Two overseas high of 5,350.

Italian Defence Minister Ignazio La Russa recently pledged 1,200 more troops for the war, bringing the nation's total to 4,000, during a meeting with commander of all U.S. and NATO forces General David Petraeus. This month Italy also announced it was sending three new military helicopters to the war theater and La Russa stated that he was considering authorizing bombings by Italian fighter jets in Afghanistan.

Newer NATO members in Eastern Europe have authorized comparable increases in troop deployments, with the senate of the Czech Republic voting on October 27 to boost its nation's contingent to 720 troops and Bulgaria confirming it will raise its figure to 600 by the end of the year. Moreover, the Czech Republic will redeploy special forces to Afghanistan and Bulgaria will shift from security duties to combat operations.

Not only are NATO member states continuing to enlarge the amount of troops for a war without a foreseeable end, but Washington and Brussels are intensifying joint efforts to recruit troops from nations that have until now avoided being pulled into the Afghan imbroglio.

Earlier this year Armenia, Montenegro, Mongolia, South Korea and Malaysia became the 43rd-47th official Troop Contributing Countries for NATO's International Security Assistance Force. On October 8 the diminutive South Pacific nation of Tonga was recruited by Britain as the 48th and will deploy "more than two hundred troops to Afghanistan" as - to believe British and NATO accounts of the agreement - Tonga "wants to show its support to the alliance." [1]

A few days before, the U.S.'s Special Representative for Afghanistan and Pakistan Richard Holbrooke pressured the foreign minister of Bangladesh to supply combat troops to serve under NATO in Afghanistan. Four days later, on September 30, the charge d'affaires of the US mission in Dhaka, Nicholas Dean, stated, "The United States has intensified its discussion on Bangladesh's engagement in Afghanistan...." [2]

In the past week new disclosures indicate that the U.S. and NATO are broadening their Afghan war recruitment campaign throughout Asia.

READ MORE
Posted by NO Base Stories of Korea at 4:21 AM