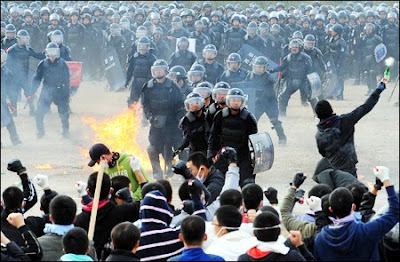 Basic Overview of the G20, Part I:

2. The History of Capitalism and the G7/G20
1) The birth and background of the G7
2) The structure and role of the G7
3) The Asian financial crisis and the birth of the G20

4. Main Issues
1) So, is the G20 a decent institution?
2) How should we understand financial regulation?

5. What Should be our Goals in Protesting the G20?
1) A fight against the Lee Myung-bak administration
2) Refusal to pay for capital’s crisis and a struggle against complex crises
3) A movement for a new world
Posted by NO Base Stories of Korea at 8:25 AM