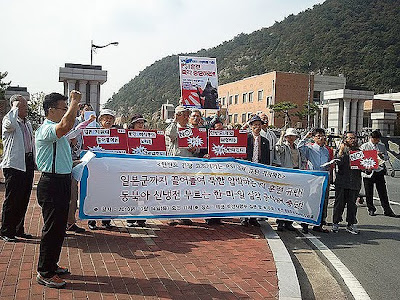 The banner says:
-Press Interview for the denouncement of the PSI drill that heightens the tension in the Korean peninsula-

We denounce the PSI drill that presses North Korea, even by drawing Japanese military!
Stop the ROK-US-Japan trilateral military alliance
that calls for the new cold war era in the Northeast Asia!
11am, Oct. 14, 2010 / In front of the Navy Operation Headquarter, Busan/
Busan regional branch, Solidarity for Peace And Reunification of Korea 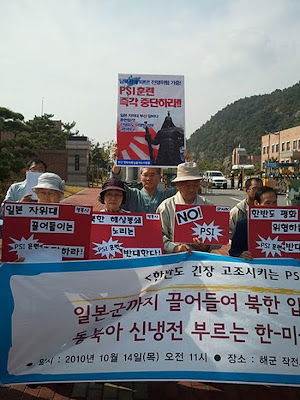 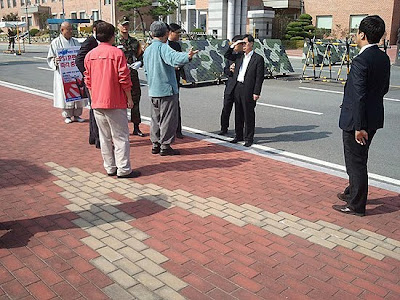 The personnel in the navy operation headquarter and NSA tried to interrupt the press interview.
The SPARK members strongly protested against it.
Posted by NO Base Stories of Korea at 10:21 PM