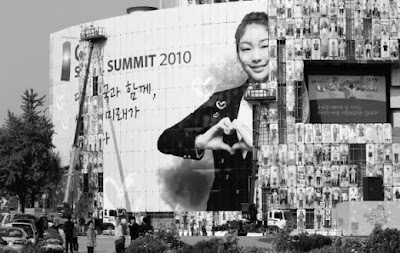 As a heated “currency war” rages among major powers, interest in South Korea and overseas is focusing on the G-20 Summit scheduled to take place in Seoul on Nov. 11 and 12. The G-20 is significant in that unlike its predecessor, the G-8, it is a top forum for international economic discussions encompassing nearly all of the major emerging nations by continent and can therefore reflect the interests of those nations. However, it does possess the limitation of still having major agenda items dictated by advanced nations, particularly the United States.

The G-20 Summit was established in November 2008 to facilitate a concerted response to the global financial crisis. Sensing that it would be impossible to escape the once-in-a-century crisis without the cooperation of emerging nations, including Brazil, India, South Korea, and China, the world’s largest creditor nation, the G8 nations (the United States, Japan, Great Britain, France, Germany, Italy, Canada, and Russia) broadened the scope of the meeting to include the twenty major economies. Despite being an unofficial forum, the G-8 had exerted an influence on major international organizations such as the International Monetary Fund (IMF) and World Bank prior to the financial crisis, harmonizing an international economic order based on the key concept of the globalization of neoliberal capitalism.

The G-20 maintains that neoliberalist tenor under the leadership of Great Britain and the United States and possesses the fundamental limitation of completely excluding underdeveloped nations, including the countries of Africa. However, it is significant in offering a forum for emerging nations that had previously hovered around the periphery to move into the center.

Hanshin University Economics Professor Chun Chang-hwan, said, “For the time being, it is unlikely that the G-20 will completely take the place of the G8.” At the same time, Chun said, “It is meaningful in that the forum for discussing global economic cooperation and coordination of oversight systems of international financial regulations has shifted from the G-8 to the G-20.”