One-man protest to denounce the 27th SPI (Security Proliferation Initiative)
:Stop the SPI talk that infringes peace and national interest
11am, Dec. 13, 2010, In front of Ministry of National Defense 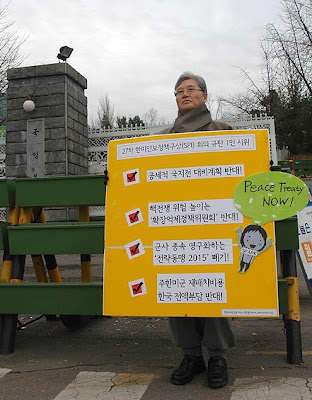