Text Fwd: THIS IS AEROSPACE HQ? 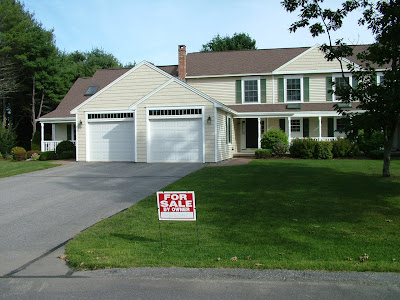 Something fishy is going on here in Brunswick, Maine.

The corporation that is proposing to bring an Unmanned Flight Testing Center to the soon to be closed Naval Air Station in Brunswick is called Grifin LLC. As their headquarters, on a request for federal funding application, they give the address of 10 Mast Lane in Brunswick. The photo above is that address. Does not look much like your typical aerospace corporate HQ. One friend remarked that it appears as if Grifin LLC is fronting for some larger entity.

We learned yesterday that a similar drone flight test center in Wales, being challenged by the peace movement there, had recently had a UAV crash. You can see the story here

We also learned that three UAV experts in Wales have made public a study saying that UAV testing is not safe, especially near populated areas. You can see the report here

We have shared this latest info from Wales with media around Maine. It will be interesting to see if any of them do anything with it.

The Maine Aerospace Alliance (MAA) has just hired a guy with a background at Lockheed Martin to be their new Executive Director. The MAA has been instrumental in promoting the drone test center in Brunswick.

The newsletter of the Manufacturers Association of Maine reports that the MAA is "Partnering with Grifin LLC, Applied Thermal Sciences, Telford Aviation and Maine Aerospace Consulting todetermine the feasibility of creating an Unmanned Flight Center (UFC) in Brunswick."

We will continue to do our best to bring it all out into the open so the public can have something to say about it before it is a done deal.

We are being told by some local state politicians not to worry about this drone flight test center. But I've come to believe that these politicians are just trying to get us to give up and go away while they all work quietly behind the scenes to make it happen.

Many in state and local government think that we have to take Pentagon money if we want local job creation because there is nothing else to replace it. Better here than somewhere else one local official told one of our supporters just yesterday about the drones. This kind of "resignation" is what will in the end result in the further militarization of our economy and our culture unless we each unequivocally stand up against this.

We will only get solar, wind, and public transit manufacturing, instead of more military production, if we fight for it now. Otherwise the momentum of the status quo will prevail.

http://space4peace.blogspot.com/2009/09/no-drones-in-maine-or-anywhere-else.html
Monday, September 21, 2009
NO DRONE TESTING IN MAINE (OR ANYWHERE ELSE)