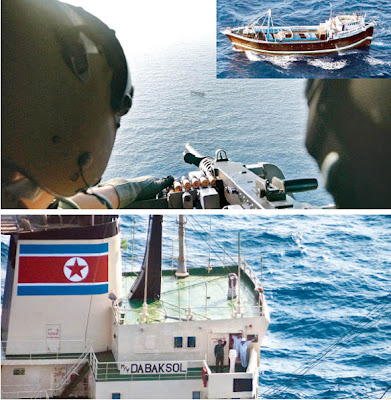 Amidst inter-Korea tensions, an incident off the coast of Somalia gave some instance of inter-Korean cooperation and good will, as South Korean navy patrolling in the area to thwart piracy came in aid of a North Korean cargo ship that was in danger of attack by pirates. [Photos from the Hankyoreh] Crew of the North Korean ship said "thank you" to the South Korean military. Now, only if there can be more cooperation back in the Korean Peninsula...
Posted by NO Base Stories of Korea at 1:40 AM