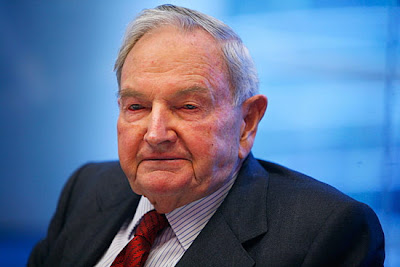 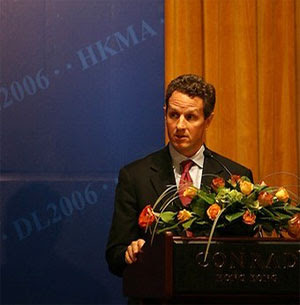 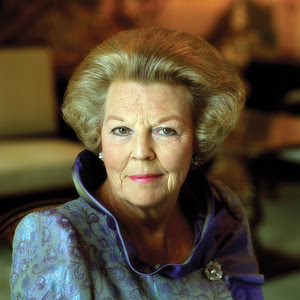 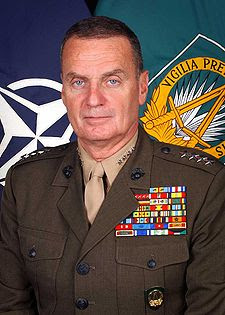 * Image Source/ description: As the site below*

1. Bilderberg founding member David Rockefeller, Honourary Chairman of the Council on Foreign Relations, Honourary Chairman and Founder of the Trilateral Commission, Chairman of the Council of the Americas and the Americas Society, former Chairman and CEO of Chase Manhattan.
2. US Treasury Secretary Timothy Geithner, former President of the Federal Reserve Bank of New York
3. Queen Beatrix of the Netherlands, the largest shareholder in Royal Dutch Shell
4. National Security Adviser General James Jones

The Bilderberg Plan for 2009: Remaking the Global Political Economy
by Andrew G. Marshall
May 26, 2009, Global Reserach

From May 14-17, the global elite met in secret in Greece for the yearly Bilderberg conference, amid scattered and limited global media attention. Roughly 130 of the world’s most powerful individuals came together to discuss the pressing issues of today, and to chart a course for the next year. The main topic of discussion at this years meeting was the global financial crisis, which is no surprise, considering the list of conference attendees includes many of the primary architects of the crisis, as well as those poised to “solve” it.

The Agenda: The Restructuring of the Global Political Economy

Before the meeting began, Bilderberg investigative journalist Daniel Estulin reported on the main item of the agenda, which was leaked to him by his sources inside. Though such reports cannot be verified, his sources, along with those of veteran Bilderberg tracker, Jim Tucker, have proven to be shockingly accurate in the past. Apparently, the main topic of discussion at this year's meeting was to address the economic crisis, in terms of undertaking, “Either a prolonged, agonizing depression that dooms the world to decades of stagnation, decline and poverty ... or an intense-but-shorter depression that paves the way for a new sustainable economic world order, with less sovereignty but more efficiency.” Other items on the agenda included a plan to “continue to deceive millions of savers and investors who believe the hype about the supposed up-turn in the economy. They are about to be set up for massive losses and searing financial pain in the months ahead,” and “There will be a final push for the enactment of Lisbon Treaty, pending on Irish voting YES on the treaty in Sept or October,”[1] which would give the European Union massive powers over its member nations, essentially making it a supranational regional government, with each country relegated to more of a provincial status.

Shortly after the meetings began, Bilderberg tracker Jim Tucker reported that his inside sources revealed that the group has on its agenda, “the plan for a global department of health, a global treasury and a shortened depression rather than a longer economic downturn.” Tucker reported that Swedish Foreign Minister and former Prime Minister, Carl Bildt, “Made a speech advocating turning the World Health Organization into a world department of health, advocating turning the IMF into a world department of treasury, both of course under the auspices of the United Nations.” Further, Tucker reported that, “Treasury Secretary Geithner and Carl Bildt touted a shorter recession not a 10-year recession ... partly because a 10 year recession would damage Bilderberg industrialists themselves, as much as they want to have a global department of labor and a global department of treasury, they still like making money and such a long recession would cost them big bucks industrially because nobody is buying their toys.....the tilt is towards keeping it short.”[2]

After the meetings finished, Daniel Estulin reported that, “One of Bilderberg’s primary concerns according to Estulin is the danger that their zeal to reshape the world by engineering chaos in order to implement their long term agenda could cause the situation to spiral out of control and eventually lead to a scenario where Bilderberg and the global elite in general are overwhelmed by events and end up losing their control over the planet.”[3]

On May 21, the Macedonian International News Agency reported that, “A new Kremlin report on the shadowy Bilderberg Group, who this past week held their annual meeting in Greece, states that the West’s financial, political and corporate elite emerged from their conclave after coming to an agreement that in order to continue their drive towards a New World Order dominated by the Western Powers, the US Dollar has to be ‘totally’ destroyed.” Further, the same Kremlin report apparently stated that, “most of the West’s wealthiest elite convened at an unprecedented secret meeting in New York called for and led by” David Rockefeller, “to plot the demise of the US Dollar.”[4]

Read More
Posted by NO Base Stories of Korea at 4:16 PM