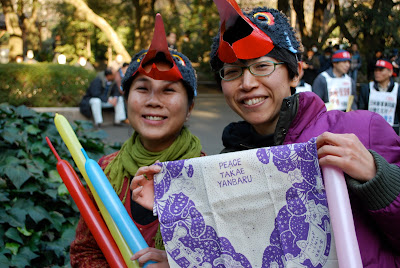 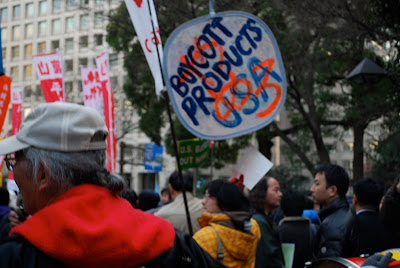 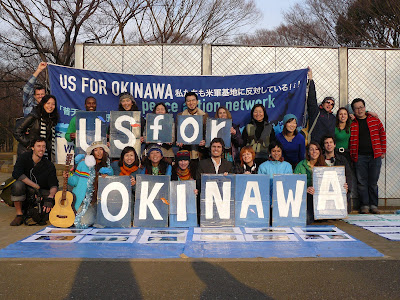 Associated Press (Jay Alabaster, "THOUSANDS IN TOKYO PROTEST US MILITARY PRESENCE", Tokyo, 2010/01/30) reported that thousands of protesters from across Japan marched Saturday in central Tokyo to protest the U.S. military presence on Okinawa. Labor unionists, pacifists, environmentalists and students gathered for a rally at a park -- under a banner that read "Change! Japan-U.S. Relations" -- for speeches by civil leaders and politicians. "The Cabinet is saying that it will announce its conclusion in May. For this reason, over the next few months we must put all of our energy into achieving victory," Cabinet minister Mizuho Fukushima said at the rally.

* For more coverage, see, Ten Thousand Things
Posted by NO Base Stories of Korea at 11:56 AM