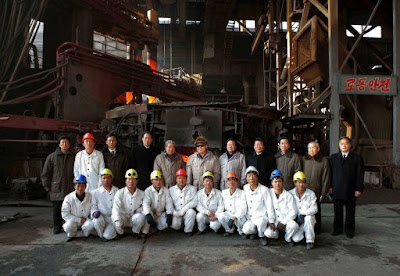 A majority of citizens believe the Lee Myung-bak administration must set the direction of North Korea policy towards active dialogue with Pyongyang. An overwhelming majority, 86.7 percent, also supports holding an inter-Korean summit, while 13.3 percent oppose it.

The Korea Institute for National Unification (KINU) said Sunday that it would announce the results of a survey on changing attitudes towards North Korea and evaluations of North Korea policy at a symposium Monday at the Lotte Hotel in Seoul’s Sogong neighborhood entitled “Results of the Lee Administration’s North Korea Policy Over the First Two Years and Its Future Direction.” The survey interviewed 1,000 adult men and women nationwide last November.

The people’s views towards North Korea have also grown noticeably more negative under the Lee administration. Some 56.4 percent view North Korea in a negative light, while 43.8 percent remain wary of the country and 12.6 percent say the country is hostile. Only 38.3 percent responded positively, viewing it in cooperative terms (22.5 percent) or in terms of aid (15.8 percent). This is diametrically opposed to the results in 2005, when only 31.1 percent responded negatively and 64.9 percent responded positively. KINU determined that the return of negative attitudes about North Korea to pre-Sunshine Policy levels reflects the two-year strain in inter-Korean relations and the rigidity of the North Korean regime.