Text Fwd: HOW COULD OUR WAR $$$ BE SPENT HERE AT HOME? 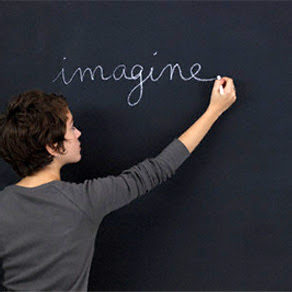 Two nights ago I joined Peter Woodruff in attending the Regional School Unit-1 (RSU-1) Coalition on Education Funding meeting here in Bath. It was the first meeting of the new coalition that is being created to try to save our local public schools from devastating cuts mandated by our Governor John Baldacci (Democrat). Baldacci has ordered $438 million of cuts in education and social spending this year.

RSU-1 covers the towns of Arrowsic, Bath, Phippsburg, West Bath and Woolwich here in the midcoast of Maine. At the meeting we were told that in addition to cuts already ordered in 2010 the state is now ordering another round of cutbacks in the 2010-2011 school year in the amount of $895,000. And in the 2011-2012 school year it is projected the cuts will be around $1,647,000. According to school officials that will mean the closing of some schools, major classroom size increases, likely cuts in bus transportation and more. Already the teachers in RSU-1 are working without a new contract because of the funding crisis.

The meeting on Thursday night was attended by one state senator and three members of the state House of Representatives. Teachers, principals, parents, businessmen, and concerned citizens were present. When it came time to open the discussion to the public my hand was the first one to go up.

Earlier State Rep. Peter Kent had said there was a "white elephant" in the room that needed to be talked about - revenues. In other words, he was saying that we need to raise taxes to cover these cuts. But our governor has already said he would veto any tax increases and even though members of his own party are angry with him, they are not inclined to stand up against him and the angry voters who largely oppose more tax increases. So there are few real options out there to increase "revenues".

What is essentially happening is that the federal government is passing on social spending responsibilities to the states and the states are passing it down to the local governments. The message is clear - if you want good schools you are going to have to raise local property taxes to pay for them. Otherwise you will have inferior local education.

Some wealthy communities can handle that. But in most Maine towns, working class communities like mine in Bath, there is little margin for increased taxes. We already have a 10% unemployment rate in the state and it is getting worse by the day. Right now 9,700 teaching jobs in Maine are in danger of being lost by school cutbacks. There is virtually no way to replace those jobs. It's a race to the bottom.

When I spoke up I said, "While we are talking about elephants in the middle of the room we have to talk about war spending." I then referred to the figures put out by the National Priorities Project for what states and local communities across America have spent on the wars in Afghanistan and Iraq since 2001. In the case of Bath we have paid $19.9 million as our share of war spending. When I mentioned this I noticed the reaction of the the RSU-1 superintendent of schools. I could just see the calculator in his mind figuring that those funds could have helped to solve his school budget crisis for years to come.

The local news paper had a reporter at the meeting and yesterday's edition of the paper carried his article on the front page. In the article the reporter wrote this:

Bruce Gagnon, a Bath resident and the coordinator for the Global Network Against Weapons and Nuclear Power in Space, told his fellow coalition members to expand their thinking beyond the state’s budget crisis.

Gagnon said that, since the wars in Iraq and Afghanistan began more than eight years ago, Bath residents have paid $19.9 million in federal tax dollars to fund those wars. He said Mainers as a whole have contributed $2.5 billion to war spending.

“Ask yourself how that money could be used at this time of fiscal crisis in Maine,” he said. “These wars are killing us.”

You can see the full article here

I told the folks in the meeting that they were going to have to get engaged in this issue if they hoped to solve this problem.

There will be another meeting next week. Peter and I are going back.

If the peace movement wants to stop these wars we have to get out and talk with the people who are concerned about issues like education, health care, and other social program cuts.

We've got to say it's beyond time to Bring Our War $$ Home.
Posted by NO Base Stories of Korea at 2:33 AM