[In Update]: Pax Americana and the Weaponization of Space :New space issues film opens in Montreal and Amsterdam 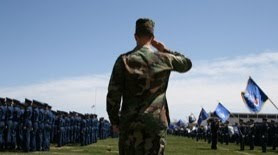 We have some broadcast information:

If you wish, you can start emailing in Belgium, France and Germany:
the locals there will know the broadcasters when you mention them

Best regards
Jan
--
Another year has flown by..but we have done well and are happy that
we were again able to bring wonderful, important docs into the world.
Wishing you a wonderful, restful and peaceful holiday season and the
very best wishes for 2010!
Jan Rofekamp & John Nadai (Montreal Office)
Diana Holtzberg ( New York Office)

Update: from Bruce Gagnon(globalnet@mindspring.com) thru NoUS bases on Dec. 15, 2009

Two weeks ago the new film called Pax Americana and the Weaponization of Space opened at film festivals in Montreal and Amsterdam.

The film, created by French-Canadian Denis Delestrac, is a two-hour masterpiece that includes interviews with many space warfare advocates as well as many of us in the keep space for peace movement.

I don't know when and where the film will open in the US, or be available for purchase, but will pass the word once we find out.

In the meantime you can get a glimpse of the film from this trailer. It is going to be a huge help to our efforts to bring this issue to the people of the world.

Update: from Bruce Gagnon(globalnet@mindspring.com) thru NoUS bases on Nov. 19, 2009

my name is Denis Delestrac and I am the director of "PAX AMERICANA and the Weaponization of Space", a feature length documentary that will have its world premiere this week end in Amsterdam.


My friend Bruce Gagnon gave me your adress when I asked who I could contact there to rally the largest peace and disarmament audience around this film that builds awareness on the sensitive question of the military uses of space.


Bruce is one of the main interviewees in this film he and the GN have been supporting since I started to work on this more than three years ago. Noam Chomsky, Helen Caldicott, Martin Sheen, Loring Wirbel and other activists are featured in the film, as well as space hawks from the Air Force Space Command, members of the US government, conservative think tanks, etc.


I would be very grateful if you could pass the word on to your network and help me trigger with this film the urgent international debate it deserves.


I also would be happy to invite you to the screening, so please find my contact information below as well as a synopsis of PAX AMERICANA and its screenings times this week end at the Munt cinemas.


OFFICIAL SELECTION IN THE PANORAMA SECTION

Pax Americana and the Weaponization of Space

Denis Delestrac, Canada, France, 2009, color, HD, 85 min
Synopsis
When Hitler had the first V2 missile launched in 1944, the weapon race in space officially began. The most important player has always been the United States, and in the years after World War II, the U.S. lost no time in hiring missile expert (and Nazi) Wernher Von Braun to investigate the possibilities of using space as "a new arena for war." More than half a century later, the prospects of a space war are greater than ever. By shutting down a few satellites, the infrastructure of an entire country or continent can be paralyzed. Just how scared should we be? Pax Americana and the Weaponization of Space seeks to answer this question. Does the U.S. really want to maintain world peace, or is it more interested in dominating the world? How realistic is the U.S. Department of Defense's contention that China is preparing for an "electronic Pearl Harbor"? We meet important supporters of putting weapons in space, some of whom work for organizations like the U.S. Air Force Space Command, but also fierce opponents like Noam Chomsky and the spokesmen for action committees like the Global Network against Weapons in Space.

'A note to let you know that new space issues film Pax Americana and the Weaponization of Space will be screened at festivals in Montreal and Amsterdam at the dates below. No word yet when it opens in the US.'

Posted by NO Base Stories of Korea at 4:02 AM