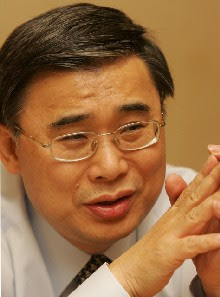 Former Unification Minister Jeong Se-hyun has used a mathematical analogy to describe what is happening when North Korea behaves in provocative ways that go against South Korea’s expectations. Minister Jeong suggests we are using the decimal system while North Korea is not. Jeong is attempting to get us to realize that if we are to understand North Korea’s strategy, we must first comprehend its understanding of the situation and the diplomatic formula it is choosing to apply.

From the perspective of western nations, North Korea’s long-range missile launches and nuclear tests are clear provocations. Thus, the North Korea reflected in the eyes of western nations is an irrational and deceitful “rogue state,” which, in pursuing nuclear development, has consistently either failed to carry out its agreed-upon promises or else unilaterally abrogated them. North Korea’s constant use of coarse and threatening language has reinforced this western understanding.

What, however, can be said of the West? It tends to believe that its actions are always good since it has no intention of attacking North Korea and is prepared to guarantee the security of the North Korean system and provide economic aid on the condition that it gives up its nuclear program. However, the West has been inconsistent, including the time when the U.S. turned back progress that had been made on the North Korean nuclear issue with the September 19 Joint Statement, invalidating it by applying severe financial sanctions on North Korea for “suspicions of counterfeiting U.S. dollars” without the presentation of any clear evidence.

Japan, has also been inconsistent citing the “issue of abductions of Japanese citizens” as the primary reason for going back on its promise that after the agreement on second-stage North Korean disablement it would give North Korea 200,000 tons of fuel oil. Such actions have provided North Korea with a justification for its provocations, and habituate it to dealing with the West on a different mathematical basis.

In an English-language commentary, Yang Sung-chul, former South Korean ambassador to the U.S., once commented on the confusion Kim Jong-il has likely felt as he has witnessed severe transformations in North Korea policy taking place between successive U.S. administrations. Over the past two decades, Kim has been the supreme policymaker in North Korea. Every time there has been a change in administrations in the U.S., he has seen the abandonment of promises made with North Korea and near 180-degree turnarounds in North Korea policy. The DPRK-US Joint Communique of 2000 promise to improve relations with North Korea was immediately repudiated once the Bush administration took office in 2001, and North Korea found itself placed by the Bush administration together with Iraq and Iran in the “Axis of Evil” that referred essentially to targets of annihilation. Now, with the Obama administration in office, the U.S. is moving towards a policy of engagement once again.

The same can be said of South Korea’s policy toward North Korea. Immediately after signing the 1991 South-North Basic Agreement with the Roh Tae-woo administration, Kim Jong-il was forced to deal with the antagonistic North Korea policy of the Kim Young-sam administration. Afterwards, he was met with the policies of two presidents, Kim Dae-jung and Roh Moo-hyun, who sought reconciliation, cooperation, peace and prosperity. In response to these changes, Kim Jong-il also showed interested in building new inter-Korean relations, and even presented a summit agreement. However, the Lee Myung-bak administration’s Vision 3000: Denuclearization and Openness effectively repudiated this agreement.

While the West has raged over Kim Jong-il’s foul play over the past two decades, he has essentially been taking in the dizzying view of a North Korea policy rollercoaster in the U.S. and South Korean administrations. He most likely has wondered exactly what beat he was supposed to be dancing to. Perhaps to him, South Korea and the U.S. appear utterly impossible to predict. As a result, it appears that Kim may have become every bit as distrustful of South Korean and U.S. leaders as they were of him, and that distrust has had a major influence on the formation of his own diplomatic arithmetic.

Stephen Bosworth, U.S. special representative for North Korea Policy, will soon be visiting Pyongyang. He is charged with the huge mission of drawing North Korea back into the six-party talks and with making headway in realizing peace on the Korean Peninsula. I would like to offer some advice for Bosworth and the policy officials of the Obama administration as they meet this momentous occasion. I hope that they will carry out negotiations with North Korea using a new U.S. arithmetic that takes into account Kim Jong-il’s own perspective and diplomatic arithmetic rather than simply the perspective of the U.S. This will provide a practical foundation for a peaceful resolution on the North Korea nuclear issue.

The views presented in this column are the writer’s own, and do not necessarily reflect those of The Hankyoreh.

Posted by NO Base Stories of Korea at 9:47 PM