Text Fw: IT'S ABOUT WHO MAKES IT AND WHO TAKES IT 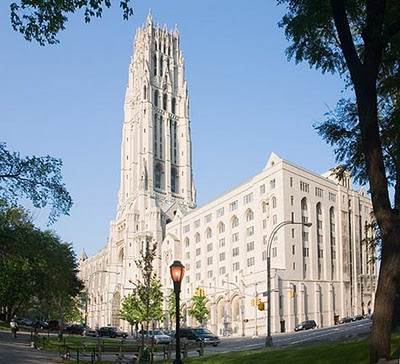 * Image source: Same as the below text link. 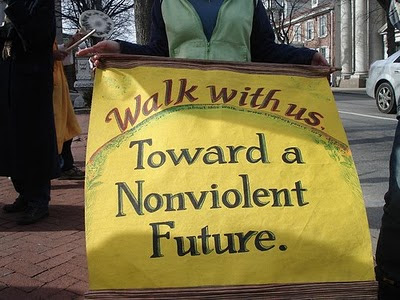 IT'S ABOUT WHO MAKES IT AND WHO TAKES IT

The international peace conference is taking place inside this enormous Riverside Church, probably most famous for MLK's anti-Vietnam speech one year to the day before he was killed by the CIA.

Well over 800 people are here from all over the world. Things began last night with a series of good speeches and have continued today with workshops (including the one I led on missile defense along with Sarah Cartin from CND in the UK and J. Narayana Rao who is on our Global Network board from India).

My favorite talk so far was done by Zia Mian who last night blasted Obama's foreign policy. Zia directs the Project on Peace & Security at Princeton University in New Jersey.

Zia's opening words were, "We are at a moment of profound crisis." The old world order has unraveled and "existing structures can't sustain the status quo," he said. "The last thing they are willing to contemplate is easily letting go of their power."

The notion of Obama offering real change "has been shown to be without foundation."

"People wanted change and what they got was Obama," he joked.

Zia reminded the packed audience that "Obama is not the first American president who has promised this [nuclear disarmament]."

"The old order continues in fundamental ways," he suggested.

Fundamentally, Zia reminded us to work to "break this perception that getting rid of nuclear weapons will bring peace....they are only the tip of the spear.....if we only get rid of the nuclear weapons nothing will change....we have to change the structures that manage the global economy....64 million more people around the world will be pushed into poverty due to the global economic crisis....the system of a small global [corporate] political elite must be ended."

Zia concluded by saying that the new SALT Treaty between the U.S. and Russia is not what matters.

"The use of force and power and violence in the world, and who decides is what matters....it's about profit making - who makes it and who takes it - it's about the nation state, armies, and war."

The highlight of today for me was when the walkers from four different peace walks (each from a different part of the U.S.) came into the hall during a plenary session and were warmly greeted. It was a great joy to see many old friends from past walks in Florida, Washington state, and recently in Maine.

In many respects these tireless walkers are doing the basic grassroots outreach to the public that we must all do more of if we have any hope of building the real movement that is so urgently needed.

Just one historical footnote - this church was essentially built with the oil money from the Rockefeller family riches.
Posted by NO Base Stories of Korea at 11:00 PM