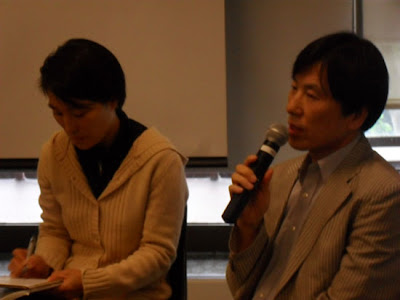 * Solidarity for Peace And Reunification of Korea

U.S. Military Strategy on the Korean Peninsula and Missile Defense in Northeast Asia

In the 2010 U.S. Nuclear Posture Review (NPR), the Obama administration named North Korea along with Iran as a potential target for nuclear preemptive attack, making the Korean peninsula, as it was during the Bush administration, one of the most dangerous regions in the world. This is a violation of the “Agreed Framework between the DPRK and the United States” (October 1994) in which the United States pledged negative security assurance for North Korea, as well as the “Joint Statement” of the fourth Six Party Talks (September 2005). In response to the Obama administration’s new NPR, North Korea declared, “As long as the nuclear threat against us persists, we will continue to develop various nuclear weapons as deterrence and seek to modernize our nuclear weapons.”

Based on the NPR, the US Strategic Command (STRATCOM) takes command of U.S. nuclear war on the Korean Peninsula. Following “CONPLAN 8022” and “OPLAN 8044,” the US STRATCOM designed a new “OPLAN 8010” based on the “New Triad” concept. “OPLAN 8010” uses both high-tech conventional and nuclear war capabilities, including various strategic attacks against North Korea, such as pinpoint attack, bombing of underground military facilities, and cyber wars to paralyze missile and anti-aircraft defense networks. The US STRATCOM’s nuclear war plan on the Korean Peninsula also includes “CONPLAN 8099” in which the Center for Combating WMD takes command. The primary aim of “CONPLAN 8099” is to occupy North Korean nuclear facilities and seize its nuclear weapons. The Center for Combating WMD is the command that leads the Proliferation Security Initiative (PSI) against North Korea.

The United States also has plans to carry out a war on the Korean Peninsula by executing “OPLAN 5027,” 5026, 5028, 5029, 5030, which are all under the command of the US Pacific Command, the ROK-US Combined Forces Command (CFC), and United Nations Command (UNC). “OPLAN 5027” was developed in 1974 to prepare for nuclear war and “OPLAN 5027-98” adopted the strategy of preemptive strike for the first time. “OPLAN 5027-04” includes the construction of Missile Defense and “OPLAN 5027-06” outlines the strategy of preemptive strike against North Korea’s nuclear and missile facilities.

In anticipation of the transfer of wartime operational control from the United States to South Korea, the two states are currently developing “OPLAN 5012” in place of “OPLAN 5027.” “OPLAN 5012” is a much more offensive plan for nuclear war. “CONPLAN 5029,” which faced opposition from the former Korean government, has now been elevated to an OPLAN. “OPLAN 5029” envisions a military intervention in North Korea in times of internal turmoil, including a natural disaster; such an outrageous plan is in violation of international law. The main goal of “OPLAN 5029” lies in the U.S. desire to seize North Korea’s nuclear facilities and materials for itself, as opposed to by South Korea. “OPLAN 5026” was initiated in December 2002 and completed in July 2003. Its main goal is to execute pinpoint attacks on approximately 700 North Korean targets including nuclear, biological, and chemical weapons facilities, and command and control facilities. In this way, “OPLAN 5026” and “OPLAN 5029” under the command of the US Pacific Command and the Combined Forces Command, are designed to complement “OPLAN 8010” of the US STRATCOM.

2. The US MD in Northeast Asia

1) The US MD system in the Pacific Ocean

The MD system that the United States deploys in the Pacific Ocean is aimed at China’s MD and North Korea’s missile system. The Early Warning Radar system which includes the DSP satellite, SBIRS satellite, Cobra Dane Early Warning Radar, SBX (Sea-based X-band) Radar, Aegis BMD Radar, FBX, etc, centers on detecting and tracking long-range missiles or ICBMs aimed at the main land of the United States. In June 2009, to prepare for the event of a long range missile launch from North Korea, the United States ordered the forward deployment of the SBX Radar and the THAAD (Theater High Altitude Air Defense) system in the vicinity of Hawaii. The US Pacific Command also ordered the forward deployment of the Aegis ship, equipped with Standard Missile 3 (SM-3).

The United States regards Japan as its most significant international BMD partner. Japan’s MD system is part of the US MD system. Japan’s MD system is being constructed through technical and operative cooperation with the United States. Japan has deployed the US FBX(Forward-based X band) Radar, and has interfaced its 28 ground radar networks with U.S. spy satellites. The principal weapons systems of Japan’s MD are the Aegis BMD system and the PAC-3 system. In January 2008, Japan operationally deployed SM-3 block IA, capable of intercepting long-range missiles. Currently Japan is developing SM-3 block IIA, capable of intercepting ICBMs, and scheduled to debut in 2015. Reversing its previous policy of non-deployment of THAAD, Japan intends to introduce THAAD as a higher tier defense system than a PAC-3. Japan has also deployed its self-developed FPS-XX (L Band) Radar. The FPS-XX Radar is known to have succeeded in detecting and tracking Russian long-range missiles launched from the Sea of Okhotsk

With the planned transfer of wartime operational control from the United States to South Korea, South Korea and the United States plan to interface both of their Armed Force’s C4I through the “Allied Korea Joint Command Control System (AKJCCS)” and integrate and operate both ROK and US Armed Force’s Air and Missile Defense (AMD) Cell. This means that the US MD system and its operations will be at the center of the MD system on the Korean Peninsula.

Through the interface of both ROK and U.S. Armed Forces’ C4I, USAFK’s Theater Missile Defense Warning System (TMDWS) will provide the ROK MD system with a range of information, such as TMD’s launching position, launched missile, track, estimated drop area, drop time, etc., which is essential to the operation of the ROK MD. The Joint Tactical Ground Station (JTAGS) of the USFK provides accurate data about DPRK’s ICBMs.
That both South Korea and the United States incorporate and operate Air and Missile Defense (AMD) Cell means that the ROK MD will interface with the US 14th Air Force’s Joint Space Operation Center (JSPOC). In lieu of US STRACOM, the US 14th Air Force will plan and execute the US Air Force’s space operations. In such a scenario, the South Korean MD’s interface with the US 14th Air Force’s JSPOC means that it will be fully subordinate to the US MD system (DSP, SBIRS, Early Warning Radar, etc). In other words, the South Korean MD will become nothing but one part of the US MD.

For instance, if the South Korean MD intends to defend against an intermediate-range missile from China or Russia, it will need to depend on the US MD system, especially for its early warning system.

Part of the New Triad axis, MD is a means of preemptive nuclear strike. The United States sees MD as part of its extended deterrence. China is the only nation among the nuclear weapons states that has officially declared adoption of NSA and No First Use (NFU) policies. Due to its concern regarding the US construction of MD, China opposes the start of the Fissile Material Cut-Off Treaty (FMCT). If the United States strengthens its MD in the Northeast Asian region in order to debilitate China’s nuclear capability, it may encourage China to abandon its NSA and NFU policies and engage in a nuclear arms race.

The U.S. construction of MD increases the possibility of nuclear first strike and all-out nuclear war and radically shatters international security and prosperity. Let us not forget that the Northeast Asian region includes Japan, which the United States attacked with nuclear weapons not too long ago, North Korea, the Taiwan Strait, and Vietnam, which in the past the United States threatened with nuclear attack. It is only when the US MD system is abolished that we can prevent this world from nuclear preemptive strikes and nuclear war, and the Pacific Ocean can become true to its name.
Posted by NO Base Stories of Korea at 1:32 AM