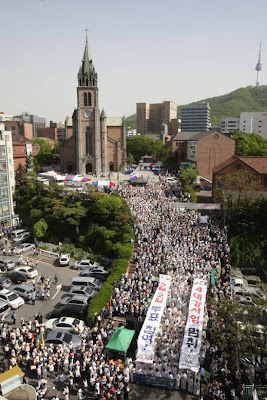 Campaigns in opposition to this project have been spreading throughout the religious sector to include Catholics, Protestants, Buddhists and Won Buddhists.'
Posted by NO Base Stories of Korea at 10:07 PM