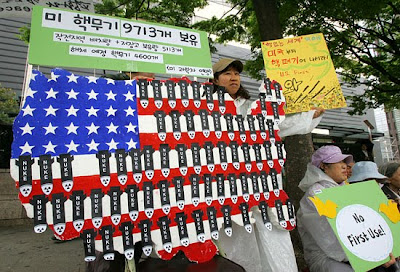 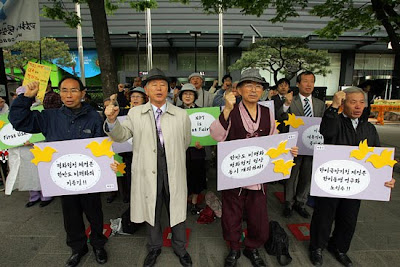 'Conclusion of the peace agreement is the shortcut to nuclear-free Korean peninsula !!'

'Simultaneously hold the non-nuclearization of the Korean peninsula and the peace agreement!'

'The guide for the ROK-US Defense Guideline is to aim at the permanent ROK-US Alliance!' 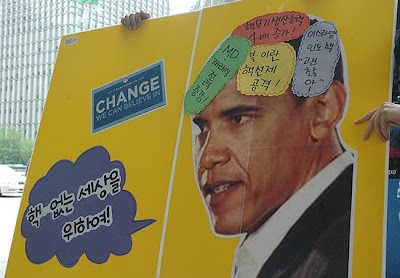 * Image source: Solidarity for Peace And Reunification of Korea, May 11, 2010

BUT inside his brain: 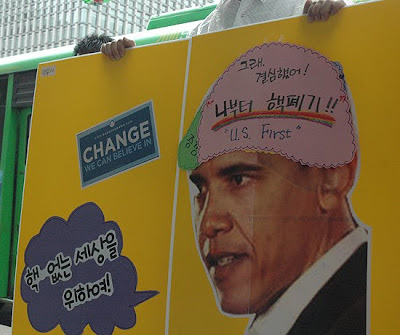 * Image source: Solidarity for Peace And Reunification of Korea, May 11, 2010

IF he changes himself:


Civil organizations including the Solidarity for Peace And Reunification of Korea, encouraging the NGO delegates who participated in the NPT evaluation meeting, shouted for the nuclear-free peace world in front of the United States embassy, at 12pm, during the day of May 11th. The event was upon the 128th Self-Reliance Unification Peace Action.
Posted by NO Base Stories of Korea at 10:52 PM