Japan Focus: Did US friendly fire during war games sink the S. Korean ship? Is this Asia's 9/ll --Will S. Korea/US declare war?

Who Sank the South Korean Warship Cheonan? A New Stage in the US-Korean War and US-China Relations

At 9:22 on the night of March 26, the 1,200 ton ROK Navy corvette Cheonan was severed in two and sank in the waters off Baengnyeong Island, a contested area that is the closest point of South Korean territory to North Korea. Forty-six crew members died and 58 of the 104 member crew were rescued. It was the worst ROK naval disaster since 1974 when a navy landing ship capsized killing 159 sailors.

Nearly two months later, the elaborate political choreography of explanation and blame for the disaster continues on the part of North and South Korea, China and the United States. The stakes are high: ranging from an easing of tensions on the Korean peninsula to a new stage of fighting in the Korean War. With polls showing that 80 percent of ROK citizens believe that the sinking was caused by North Korean attack, tensions remain high. While segments of the US, European and Japanese mainstream press have exercised caution in jumping to the conclusion that a DPRK ship had attacked the Cheonan, the international media have shown no interest in following the leads opened by South Korean media and citizen researchers.

An ROK-sponsored four nation investigation is pending, involving the United Kingdom, the United States, Sweden and Australia. On 18 May, The Korea Times reported that investigators have found pieces of the torpedo screw that sunk the Cheonan, and that it is of a type manufactured exclusively by China and Russia. US Secretary of State Hillary Clinton is scheduled to discuss the issues when she visits Seoul shortly after the completion of the review, which is expected around 20 May. What is perhaps most clear is that important information has been suppressed by the US and South Korean authorities.

n the article that follows, pioneering independent journalist Tanaka Sakai opens new windows on the case and hypothesizes about what may have happened on the night of March 26 and after. Drawing on ROK TV and press reports and photographs, some of which were subsequently suppressed, Tanaka places at center stage a range of factors, some fully documented, others speculative, that have been missing, distorted, or silenced in US and ROK narratives: they include the fact and location of the US-ROK military exercise that was in progress at the time of the incident and the possibility that the Cheonan was sunk by friendly fire. Tanaka also presents evidence suggesting the secret presence of a US nuclear submarine stationed off Byaengnyong Island, the possible sinking of a US vessel during the incident, the role of US ships in the salvage and rescue operations that followed, the failure of the submarine USS Columbia to return from South Korea to its home port in Hawaii, and the death of an ROK diver in the attempt to recover that vessel.

At stake are issues that could rock the ROK government on the eve of elections, and could impinge on the US-ROK military relationship as the US moves to transfer authority over command to ROK forces by 2012, and to expand the role of China in the geopolitics of the region. There are implications for tensions between North Korea and the US/ROK on the one hand, and for the permanent stationing of US nuclear, and nuclear-armed, submarines in South Korean waters. Above all, there is the possibility that renewed war may be imminent in the Korean peninsula. Mark Selden

On 26 March, 2010 near Baengnyeong Island (White Wing, also known as Baekreong) to the South of the northern limit line, the maritime demarcation line between South and North Korea, South Korea’s large patrol boat Cheonan (Heaven’s Peace) exploded and sank. Already, more than one month after the accident, the cause of the sinking has not been confirmed. In early April, the South Korean government announced that either a torpedo struck or an underwater mine exploded, sinking the ship, indicating that it was not destroyed by an explosion or accident inside the boat but by an external cause.

136 underwater mines were installed in response to the tensions in the Yellow Sea and, ten years later, fewer than ten percent had been removed 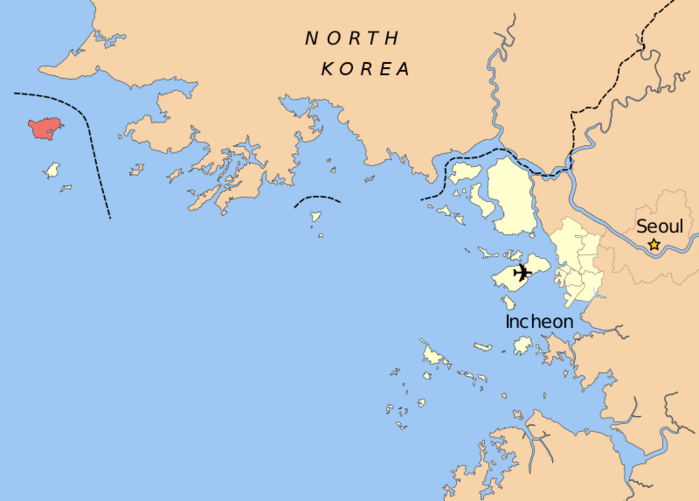 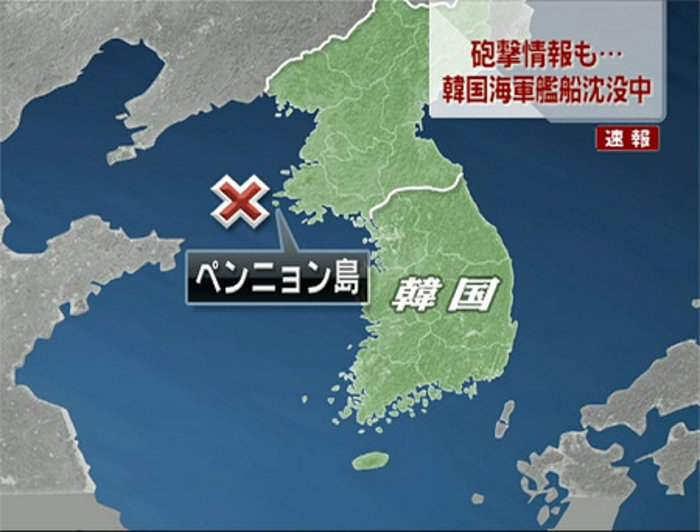 In the vicinity of Baengnyeong Island South Korea constantly confronts the North Korean military. The Cheonan was a patrol boat whose mission was to survey with radar and sonar the enemy’s submarines, torpedoes, and aircraft, and to attack. If North Korean submarines and torpedoes were approaching, the Cheonan should have been able to sense it quickly and take measures to counterattack or evade. Moreover, on the day the Cheonan sank, US and ROK military exercises were under way, so it could be anticipated that North Korean submarines would move south to conduct surveillance. It is hard to imagine that the Cheonan sonar forces were not on alert.

South Korean military spokespersons told the media immediately after the incident that the probability of sensing torpedoes two kilometers away with sonar was over 70 percent. Later the probability was reduced to over 50 percent because the water is only 30 meters deep. This reduction, I believe, is for the purpose of theorizing North Korean responsibility for the attack.

The patrol boat sinking; doubling the area of the search

A US Submarine that sank by the Number 3 Buoy

The sinking of the Cheonan remains unsolved. But around the time of this incident another sinking occurred that has hardly been reported in Japan. Near the site of the sinking of the Cheonan, a colossal object, which appears to be a US submarine, was found to have sunk. An ROK underwater team searched for, and on April 7 South Korea’s KBS TV showed, a US helicopter carrying what seems to be the body of a US soldier. KBS is a public broadcasting station with the highest credibility in South Korea.

Following the sinking of the Cheonan, in the course of conducting an underwater search, a member of the special unit of the ROK Navy, UDT-SEAL (Underwater Demolition Team, Sea Air Land) Han Joo-ho, lost consciousness and later died. This was a secondary disaster. While collecting information on the death of Warrant Officer Han, KBS learned that his memorial took place neither near where the rear of the ship was found (the first buoy), nor near where the head of the ship was found (second buoy). Rather, it was six kilometers away near the third buoy, between the first and second buoy, that is, at a location that had nothing to do with the Cheonan sinking. 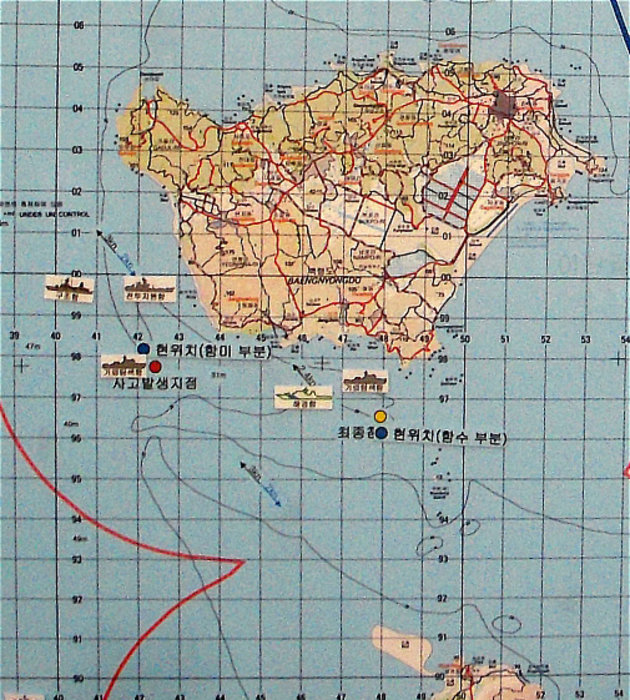 The map of the search generally reported: two black dots to the South of Baengnyong are where the halves of Cheonan reportedly sank. The third buoy is not shown.

Posted by NO Base Stories of Korea at 6:44 AM