Text Fwd: WEAPONS CORPORATIONS ALL GONE INTERNATIONAL - WE MUST AS WELL

Bruce Gagnon blog
Tuesday, May 25, 2010
WEAPONS CORPORATIONS ALL GONE INTERNATIONAL - WE MUST AS WELL 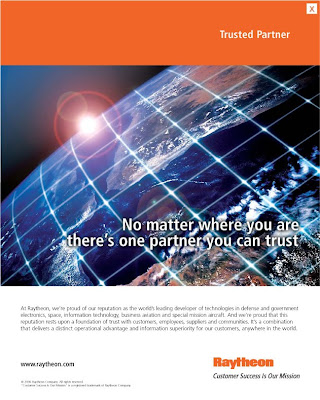 I had an email from a Global Network board member in Japan this morning responding to my recent blog about the need to build mass transit systems in the U.S. since we don't make them here anymore.

Japan's national railway system, which is now called JR, was privatized many years ago by the then Prime Minister Nakasone (maybe complying to the U.S. demand).

The old system and management were divided into 4 JR (private)companies, and maybe additionally (I didn't know till recently), two private companies were established for managing its technologies.

So, the technologies developed during long time by our tax money are now completely under control of these U.S.-Japan companies with American CEOs, thanks to Nakasone.

By the way, it is known to citizens here that many former PMs of Japan were under the clout of CIA.

JRC expects there are several candidate cities in the U.S. for introduction of the former, and
for the latter, from Baltimore to Washington DC, and other areas.

The head of JRC says that the percentage of technology fee in the sale it expects should be 2-3%, and JRC would invest money in the U.S. projects if Japan's technologies are to be adopted.
And this man, Torkel Patterson, the former CEO Raytheon, has some interest in the planned new base development now designated in Henoko, Okinawa. And also Raytheon as well. (This info was brought to us by a famous editor and analyst of Tokyo Newspaper.)

Both are among the less-than-20 contractors in that development plan. That is why I assume Henoko is probably going to be used for the new deployment of land-based SM3 [interceptor missiles].

So all in all, it is beyond our imagination how much money Patterson (and Raytheon) will get from these two big projects ―a military base construction in Okinawa (and in Guam, maybe)
and the new rail way construction in the U.S.

I circulated this info. Some were surprised, but others showed little interest. Maybe they think that it is good for JR technologies to be sold to the U.S. But is Japan really selling the technologies at their proper values, even irrespective of the sacrifice of Okinawans? I don't know. These two should not be bartered, in our sense.

One sure thing is that Japanese citizens have been robbed of our tax-invested rail technologies, by a U.S. weapons company and its top sales agent through the process of privatization.
Posted by NO Base Stories of Korea at 8:59 AM