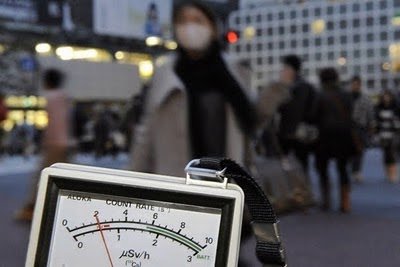 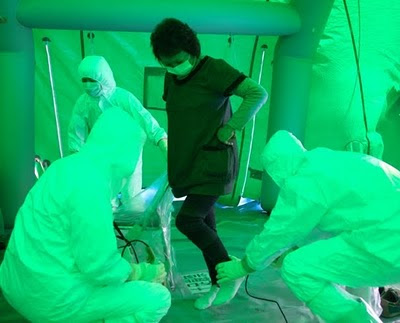 The politicians from both parties in the U.S., fearing the public will get emotional and out-of-control, are continuing to reassure us that nuclear power is safe and necessary. I heard one last night say nuclear had to be included in the energy basket because there were not any other choices beyond oil and coal. Never a word about wind or solar or conservation.

But the pictures coming out of Japan tell another story. They speak of fear and disaster and inability of politicians to contain this mess. It appears that no one in Japan (or their "expert" advisers in the U.S.) know what to do next.

Dr. Michio Kaku (a founding member of the Global Network) is suggesting the following:

If I had the ear of the Prime Minister, I would recommend the "Chernobyl Option."

•Put the Japanese Air Force on alert
•Assemble a huge fleet of helicopters. Put shielding underneath them.
•Accumulate enough sand, boric acid, and concrete to smother these reactors, to entomb them forever.

This is what the Soviets did in 1986, calling out the Red Air Force and sandbagging the reactor with over 5,000 tons of concrete and sand.


NHK [Japanese] news has just reported that the Ministry of Health and Welfare raised the permissible radioactivity level for NPP workers from 200 milli seivert to 250 milli seivelt. Isn't this breach of human rights? A violation of the Nuremberg Code on Medical Experimentation and thus a serious international crime?


Boyle is calling for an international movement to challenge all nuclear power plants (present and future) as a violation of human rights. I think he is absolutely correct.

Posted by NO Base Stories of Korea at 8:33 AM