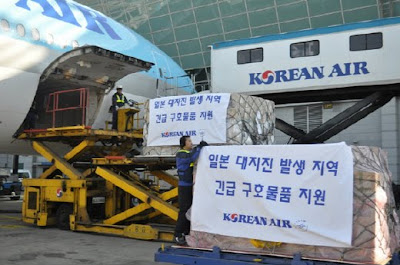 A project of harmonious coexistence between Asian companies and societies is taking shape based on the tragic earthquake that has left the islands of Japan in a state of shock. Asian societies, previously regarded as merely “objects” of assistance from Western society, are now transcending regional conflict and hostility to become responsible “subjects” leading the way in solutions to urgent regional issues. From Japan’s neighbors South Korea and China to Afghanistan, which currently faces enormous financial problems of its own, countries are stepping forward to extend assistance to a grief-stricken Japanese society. The message sent to Asian society by the participants of December’s 2010 Asian Future Forum in Seoul with their closing “2010 Asian Future Statement” is now turning into a reality.

The Asia Corporate Social Responsibility Expert Committee, made up of specialists in the environment, society, and the ruling structure of South Korea, China, and Japan and headed by U.N. Global Compact Korea Network Secretary General Ju Chul-ki, issued an emergency joint statement Thursday in which it stressed the need to use the situation in Japan as an opportunity for companies in the three countries to step up their corporate social responsibility.

“We feel an inexpressible sadness at the tragedy of the earthquake, tsunami, and nuclear power plant accident that have taken place in Japan,” the statement read.

“Companies in South Korea, China, and Japan must profoundly understand that in the mid- to long term, this situation will have a serious economic, social, and environmental impact on not only Japan but all of East Asia, including China and South Korea,” the committee said, urging companies to mobilize human and material resources to the fullest extent permitted by their capabilities to support Japanese society in resolving the situation as part of their CSR efforts.

An immediate risk for the regional community is the shadow of major disaster lurching toward the Asian continent. Over the past decade, the East Asian region has been assailed by major disasters that have crossed national borders to threaten the entire regional community, including 2004’s Indonesian tsunami, the 2008 earthquake in China’s Sichuan Province, and now the 2011 earthquake in northeastern Japan. In their scale and impact, these recent catastrophes have been going beyond the scope of what individual regions or countries can handle alone. The natural result of this is a need for regional communities to join forces in preventing disasters or overcoming their damages.


Particular attention is focusing on the role played in this process by companies, the major players in the private sector. This stems from a need to understand corporate activity these days in terms of an ecosystem with a complex web of interests rather than a simple relationship of unconditional competition. The major Asian companies that have become leading actors on the global stage have already been shifting toward a more forward-thinking stance. With the earthquake in Japan, attention is focusing on the emergence of relationships of active support and collaboration between competing companies.

“Today is an era where all ventures and markets are linked internationally, so companies must take the initiative in promoting social responsibility and creating relationships of cooperation,” said LG Electronics Vice President Kim Young-ki.

Experts also agree that the situation in Japan must serve as an occasion for leading Asian companies to step up their social responsibility in jointly resolving problems facing the local community.

“Even if this earthquake occurred in a single developed nation, Japan, it is a pan-regional problem that could surface in any country at any time, so we must join our forces,” said Ju Chul-ki.

“Most corporate activity these days goes beyond the borders of any one countries, so the global companies in this region need to participate more actively in overcoming difficult situations in the interest of corporate social responsibility,” Ju added.

Please direct questions or comments to [englishhani@hani.co.kr]
Posted by NO Base Stories of Korea at 8:35 AM