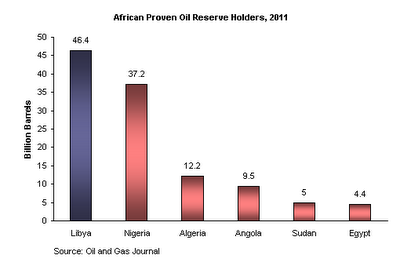 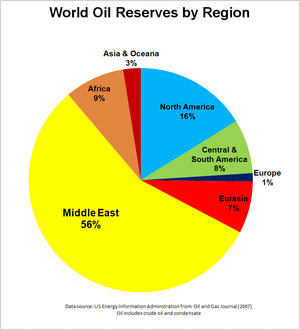 The U.N. has now given NATO the authority to begin bombing Libya. Don't think for a minute that this will be a short-term campaign. Expect NATO to ultimately say they must "put bases" into the North African country in order to bring stability and democracy. But don't be fooled by that. This is all about Libya's oil.

France said it was prepared to launch attacks within hours, and Britain also indicated that it was prepared to act quickly. Initial strikes are likely to target air defense systems and runways; it was unclear whether plans were also in motion to strike at tank columns and other government ground forces headed east.

U.S. officials said that it would probably take several days for a full operation to be undertaken and that President Obama had not yet approved the use of U.S. military assets. Obama has preferred to let other nations publicly lead the response to the Libyan crisis, and White House officials said he would not appear on camera Thursday night to speak about the U.N. vote.

At a Senate hearing Thursday, Undersecretary of State William J. Burns confronted sharply differing views about the Libyan crisis that crossed party lines. Some, led by Sen. John F. Kerry (D-Mass.), said the administration has been too cautious in its response. “Time is running out for the Libyan people,” Kerry said.

But Sen. Richard G. Lugar (R-Ind.), along with several Democrats, warned of the “risk that our involvement would escalate” and said the administration should “seek congressional debate on a declaration of war” against Libya before U.S. forces participate in any action.

Using NATO (which is a military tool of the U.S. empire) as cover it is likely that once Gaddafi is taken down from power in Libya a puppet government will be installed that will allow the U.S. and British oil corporations to take control of the black gold.

Eventually the people of Libya, who are demanding and deserve freedom, will discover that they have been betrayed by a NATO command that is more interested in oil profits than their hopes and dreams. At that point the real revolution will begin but by then NATO bases will likely have settled onto the dusty lands of North Africa.

I am reminded of the words of Thomas Barnett, who during the Bush II administration was described as Donald Rumsfeld's "strategy guy", speaking to an auditorium full of high-level military brass and CIA operatives and saying, "In 20 years we will be fighting in Africa for their oil."

It appears that Barnett's prophecy is running ahead of schedule.
Posted by NO Base Stories of Korea at 8:16 AM