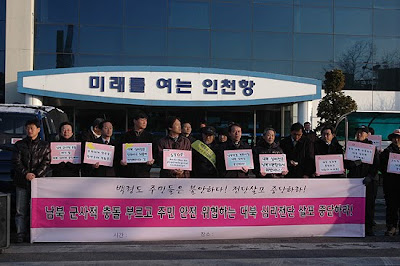 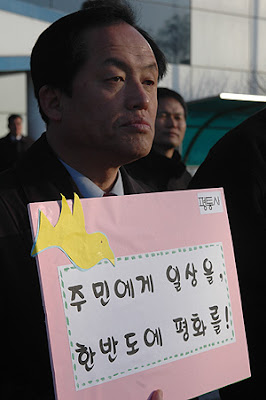 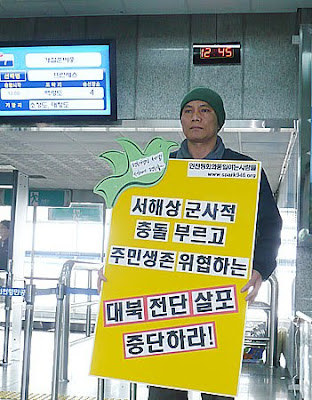 The below summary translation of the articles is thanks to the SPARK who uploaded the reference articles in its site.

According to an article, the South Korean residents near the inter-Korean border areas are back-to-back repelling against the anti-NK groups leaflet distribution against North Korea.

According to the group, “Movement for direct help of North Korean Brothers’ and police the article quoted, the group had intended the flying of anti-NK balloons with 1,300,000 leaflets throughout North Korea near the old remained building of the Labor Party in Cheolwon, Gangwon province on March 18 but about 20 local residents strongly protested therefore the group had to move to another place.

Such same or similar local residents’ protests against the right wings’ anti-NK distribution are also happening in the areas of Paju and Baekryong-do near the DMZ as well.

The unification and peace groups in South Korea such as Solidarity for Peace And Reunification of Korea have been protesting against the Lee Myung-Bak government’s support of those right wings whose activities are intended to bring psychological war fare against North Korea. See the photos above.

Posted by NO Base Stories of Korea at 8:28 AM