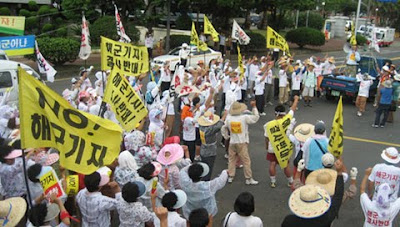 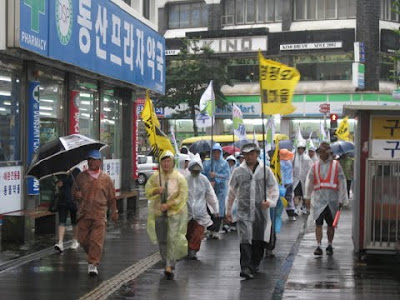 The Pan-Island Committee for Prevention of Military Base and for Realization of Peace Island would stage an opposition movement against naval base along with the Life and Peace Fellowship, through the forms of peace pilgrim and peace culture festival.

On Feb. 25, The Life and Peace Fellowship, issuing its statement, stated that it would step for a peace pilgrim by 100 persons for 100 days, which is for the prayer for life and peace community in the Korean peninsula, concerning about the rapidly hardening situation surrounding inter-Korean relationship after the Cheonan ship and Yonpyeong-do Island incident

Dobub, a Buddhist monk who would lead the ‘pilgrim prayer’ on March 1 was born in the Jeju Island. He has exchanged talks with Fr. Kang Woo-Il, Chairman of the Catholic Bishops’ Conference of Korea & the bishop of the Catholic Jeju district, on ‘establishment on the Peace Island, Jeju,’ in 2007.