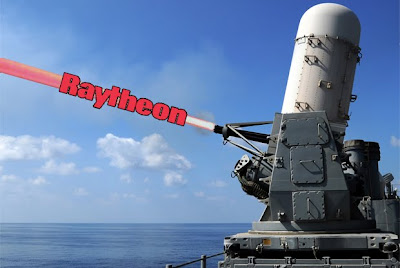 Working together to demilitarize and create a sustainable future

2011 marks the 19th anniversary of Global Network’s organizing efforts to build an international constituency to Keep Space for Peace. Each year we gather to share the latest international developments on Pentagon and aerospace industry plans for the militarization of space. We approach this conference with clarity that U.S. “missile defense” programs are actually key elements in overall Pentagon first-strike planning. The Raytheon Company, which had 2009 sales of $25 billion, is a leading builder and promoter of the missile “offense” program. Headquartered in Massachusetts, Raytheon has a manufacturing plant in Andover that builds the Patriot (PAC-3) system that is now being used by the Pentagon to help encircle Russia and China.


Vigil: On Friday, June 17 from 3:00 - 5:00 pm a vigil will be held at the gates of the Raytheon production plant as the workers leave for home. Local activists have been holding vigils at the facility for years. (NW corner of Rt 133 and I-93 intersection)

Concert: Tetsu Kitagawa, one of Japan's leading peace and justice singer/songwriters has been described as Japan's Bob Dylan -- early Dylan, the one engaged with people's movements. On tour in the U.S. as part of his 100 consecutive concerts for peace, nuclear abolition, and defense of Japan’s peace constitution, Kitagawa will be joined by Pat Scanlon and other musical friends for a concert on June 18 at 8:15 pm (North Parish Old Center Hall, North Andover). Open to the community, as well as to conference participants, tickets will be available at the conference and at the door for $10.

Cost: Registration for the conference is on a sliding scale. Please pay what you can best afford between $15 - $100. Registration fee includes three meals on June 17-18. (Suggested fee is $50 which covers our basic costs.)

Get the full conference program, schedule and registration brochure at: http://www.space4peace.org/

Posted by NO Base Stories of Korea at 9:10 AM