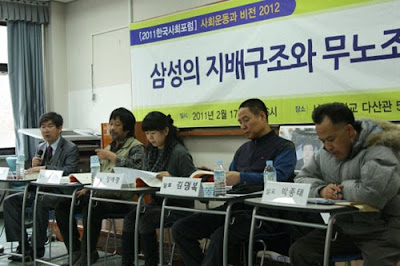 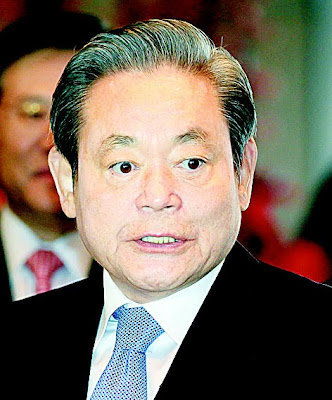 A court issued a ruling Friday ordering Samsung Electronics Chairman Lee Kun-hee, 69, to provide compensation for damages caused to the Cheil Industries corporation through acts of malfeasance in his duties for arranging for the affiliate company to abandon plans to acquire convertible bonds (CBs) for Samsung Everland, an effective holding company for the Samsung Group, in order to hand the group’s management rights to his children, including Samsung Electronics President Lee Jae-yong, 43.

In its ruling on a shareholders’ lawsuit filed against Lee Kun-hee and Cheil Industries board members by Korea University Professor Jang Ha-sung and other minority shareholders at Cheil Industries, the Gimcheon branch of Daegu District Court, under Judge Choe Wol-yeong, ordered Lee to “provide 13 billion Won in compensation to Cheil Industries.”

In its ruling, the court said that both Lee “engaged in acts of malfeasance in their duties, as Mr. Lee used the Samsung Group secretariat to compel Cheil Industries not to acquire the convertible bonds, with the goal of transferring Samsung Group management rights to his children, including Lee Jae-yong, while avoiding taxes such as the gift tax, while Cheil management, through consultation with the secretariat, made the decision to abandon the convertible bond acquisition.”

“Mr. Lee et al. are responsible for compensating Cheil Industries for damages suffered due to this malfeasance and negligence,” the court said.

In 1996, Samsung Everland issued CBs at the below-market rate of 7,700 Won per share, but corporate shareholders, including Cheil Industries, abandoned their acquisition attempt, and the CBs were acquired instead by Lee Kun-hee’s children, including Lee Jae-yong, Lee Boo-jin, and Lee Seo-hyun.

The court said, “The price of issue at the time was extremely low relative to the actual value, and Cheil Industries had no reason for abandoning the acquisition.” It calculated the total damages by reassessing the actual price per share at 79,086 Won.


Previously, the Samsung special prosecutor indicted Lee for issuing Everland CBs at below-market rates, but the Supreme Court found him not guilty in May 2009. Lee, a member of the Cheil Industries board of directors, has never been indicted for abandoning the CB issuance.

Regarding the verdict, Solidarity for Economic Reform President and Hansung University Professor Kim Sang-jo said, “It has come to light through a civil ruling that the special prosecutor should have indicted Lee on malfeasance charges for the Cheil Industries disfranchisement issue as well.”

Please direct questions or comments to [englishhani@hani.co.kr]
Posted by NO Base Stories of Korea at 8:00 AM