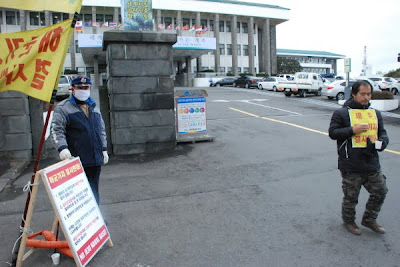 It is noticeable that the Jeju Island branch, Democratic Party, the main opposition party of South Korea had a comment regarding a naval field office on Feb. 10. The below is the translation of the Media Jeju on Feb. 10, 2011.

The Jeju Island branch of the Democratic Party, releasing its commentary on the navy’s move on the civilian-military complex beauty tour harbor, expressed its concern on Feb. 10.

Saying in its commentary that “ we greatly concern about the fact that the navy has held its opening ceremony on the field office within the planned area of naval base construction.”

Following it, saying that ‘it is the thing that has never to be overlooked that the navy that has never made efforts for the true agreement with the Island people unilaterally enforces construction, it scolded that “ it is the thing only done by the militaries in the uncivilized, dictatorship countries to willy-nilly push against powerless people.”

The Democratic Party saying that, “Even the central government has not been able to present its clear position and plans for the future,” also emphasized that “[The navy] should inform the situations in detail and reflect whether it has truly made efforts to draw the agreement by the villagers.”

Together with it, saying that “it is the ROK navy that has done only functions and roles as a troublemaker that has manipulated the conflicts among the villagers,’ added that “It should immediately withdraw its naval field office and stop construction attempt until the end of legal conflicts.” 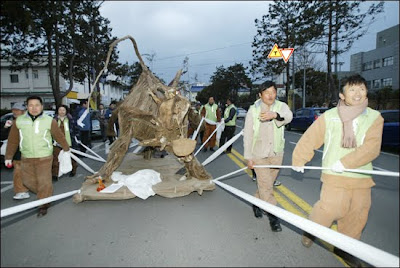