Text Fwd: The US-China Summit Must Be Used as a Springboard for North-South Korea Dialogue 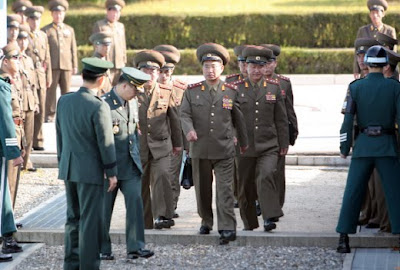 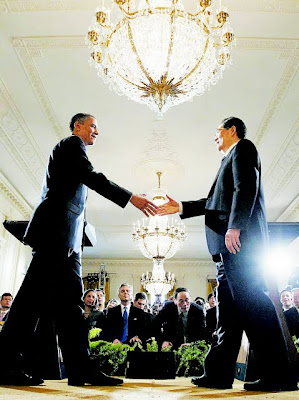 Through their summit meeting, US and Chinese presidents Barack Obama and Hu Jintao have once again confirmed that the key to solving the problems of the Korean Peninsula lies with North and South Korea. While expressing agreement on the importance of peace and stability on the Korean Peninsula and the need for dialogue between the two Koreas, the two leaders were careful not to mention specific solutions. However, Obama and Hu have effectively left it up to North and South Korea to make the breakthrough that leads to dialogue.

What Obama and Hu emphasized in their joint statement and joint press conference was mutual respect and cooperation between two Koreas. Through the first state visit of a Chinese leader to America in 14 years, the two countries have confirmed China's rise to the status of a G2 nation and agreed to gradually mend hitherto awkward bilateral relations in a spirit of "seeking similarities and respecting differences."

That is why this US-China summit has been evaluated in terms of symbolism rather than content. Hu Jintao's public acknowledgment of the universality of human rights issues and the need to improve them, while asserting distinct characteristics of his own country's human rights problem, can be interpreted as the product of such a spirit.

The spirit of the summit meeting is apparent in the way it talks about the issues of the Korean Peninsula. In their joint statement, the two presidents expressed their concerns regarding last year's Cheonan and Yeonpyeong Island incidents using the indirect term "recent events." In remarks at their joint press conference, Obama went one step further, saying, "We agreed that North Korea must not commit further provocations." Hu did not object.

The US and China also showed unity regarding the problem of North Korea's uranium enrichment. This was an example of the two states finding points of compromise and speaking in unison on a matter where their viewpoints had previously differed. As with the human rights issue, a subtle change from China can be perceived.

The message from the US and Chinese leaders to North and South Korea is clear. Their joint statement said that the two sides agreed that "Sincere and constructive North-South dialogue is an essential measure." Though genuineness and constructiveness had been stuck on as modifiers, but the weight lay in the notion that the Korean Peninsula must move beyond its current phase of confrontation and into one of dialogue.

In the same vein, the statement emphasized that such dialogue was "a necessary measure that can lead to resumption of the six party talks process as soon as possible." This passage gives notice that the two states will soon begin follow-up efforts to bring about dialogue, though they show differing levels of enthusiasm over specific plans for this.

Given this, North Korea's proposal of high-level military talks immediately after the US-China summit meeting, and the South's decision to agree to them, gives hope for the first time in ages of a development in North-South Korean relations.

Both Koreas must keep the flames of hope alive and lead their peninsula onto a path of peace and prosperity. This is the path demanded of both North and South, not just by the US and China, but by international society. It is the mission that the two Koreas must achieve in the present era.

To this end, it is essential that North and South Korea head into talks sincerely, rather than just attempting to avoid international pressure or the current crisis. It is to be hoped that both North and South Korea move beyond their existing, stagnating stances and prepare for talks from positions of greater flexibility. (Ed. Jan 21, 2011)

Hankyoreh
S.Korea agrees to inter-Korean military talks
:The administration faces pressure from repeated diplomatic overtures from N.Korea and calls for dialogue from the China-U.S. Summit
Jan. 21, 2011

Hankyoreh
U.S.-China Joint Statement expresses concerns and need for inter-Korean dialogue
:The statement placed more pressure on N.Korea and S.Korea to move towards resolving tensions on the Korean peninsula
Jan. 21, 2011