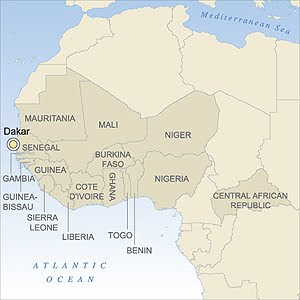 
The announcements of presidential election results last month in West Africa and Eastern Europe have served as the pretext for the United States and its allies in the North Atlantic Treaty Organization and the European Union to again embark on the warpath of sanctions, embargoes, travel bans, "regime change" plots and even the threat of military force.

The reelection of Belarusian President Alexander Lukashenko on December 19 has been followed by the U.S. State Department supporting EU sanctions against him and other leaders of the nation. On January 20 the European Parliament adopted a resolution demanding the European Council "impose a ban on visas and freeze any EU bank accounts of senior government officials and members of the judiciary and security agencies responsible for rigging the elections and persecuting the opposition." The EU's 27 foreign ministers will formalize that decision at their first meeting of the year on January 31.

State Department Spokesman Philip Crowley confirmed American backing for the actions, about which, he added, "we are consulting closely with our counterparts in the European Union.

"We are very much aware and supportive of steps that the EU is taking, and we are also, in light of our concerns, prepared to take additional steps to restore sanctions that have previously been lifted." [1]

Former colonial master France, the U.S. and the European Union backed the result which best suited their interests - an Ouattara victory - and secured support from the Economic Community of West African States (ECOWAS), the African Union (AU) and the United Nations Security Council.

Both Gbagbo and Ouattara were sworn in as president and in the interim the drumbeats of military intervention to depose Gbagbo have steadily risen in intensity.

Whatever the respective merits of the two candidates' contentions, that the U.S. has entered the fray on behalf of the one declared the loser by the nation's top court exactly a decade after the 2000 U.S. presidential election was decided by the Supreme Court would prove embarrassing to any country other than the world's sole military superpower.

ECOWAS has suspended Ivory Coast's membership in the fifteen-nation group (Niger was suspended in 2009) and pressure is being put on ECOWAS to activate the West African Standby Force brigade under its control for an invasion of Ivory Coast.

The African Standby Force, under the nominal direction of the African Union but trained by U.S. Africa Command and NATO, was to have been activated last year and to have provided brigades of an estimated 3,000-4,000 troops each for five regions in Africa: East, west, north, south and central. The West African brigade is to grow to 6,500 troops.

Previous ECOWAS military deployments in Liberia in 1990, Sierra Leone in 1997, Guinea-Bissau in 1999 and Sierra Leone again in the same year were conducted under the auspices of the Economic Community of West African States Monitoring Group (ECOMOG) multinational armed force and the 2003 deployment to Liberia under the ECOWAS Mission in Liberia (ECOMIL), but the proposed intervention in Ivory Coast will be the first to employ the West African (ECOWAS) Standby Force brigade with troops from Nigeria, Burkina Faso, Cape Verde, Gambia, Ghana, Guinea (Conakry), Guinea-Bissau, Liberia, Mali, Senegal, Sierra Leone and Togo.

READ MORE
Posted by NO Base Stories of Korea at 2:28 PM